April 19 is the first day of the 13-day Satanic ritual day relating to fire, the fire god, Baal, or Moloch/Nimrod (the Sun God), also known as the Roman god, Saturn (Satan-Devil). This day is a major human sacrifice day, demanding a (Fire sacrifice) with an emphasis on children. This day is one of the most important human sacrifice days of the year to Satanist and others, and as such, has had some very important historic events occur on this day throughout history.
Arp 21 – 26 abduction, ceremonial preparation and holding of sacrificial victim
Richard Hake, radio host and journalist for New York Public Radio’s WNYC, has died at the age of 51. The radio host died suddenly at his home in Manhattan on Fri- day, April 24, according to WNYC News CEO Goli Sheikholeslami. Hake’s cause of death has not been yet been determined.
Sheikholeslami shared the news of Hake’s death in a statement on WNYC’s website, and the CEO said that she has been in touch with Hake’s family.
We are harvesting them on their biggest holiday of the year. Incase you are wondering why so many are dying now.
Source
Tags: Satanism 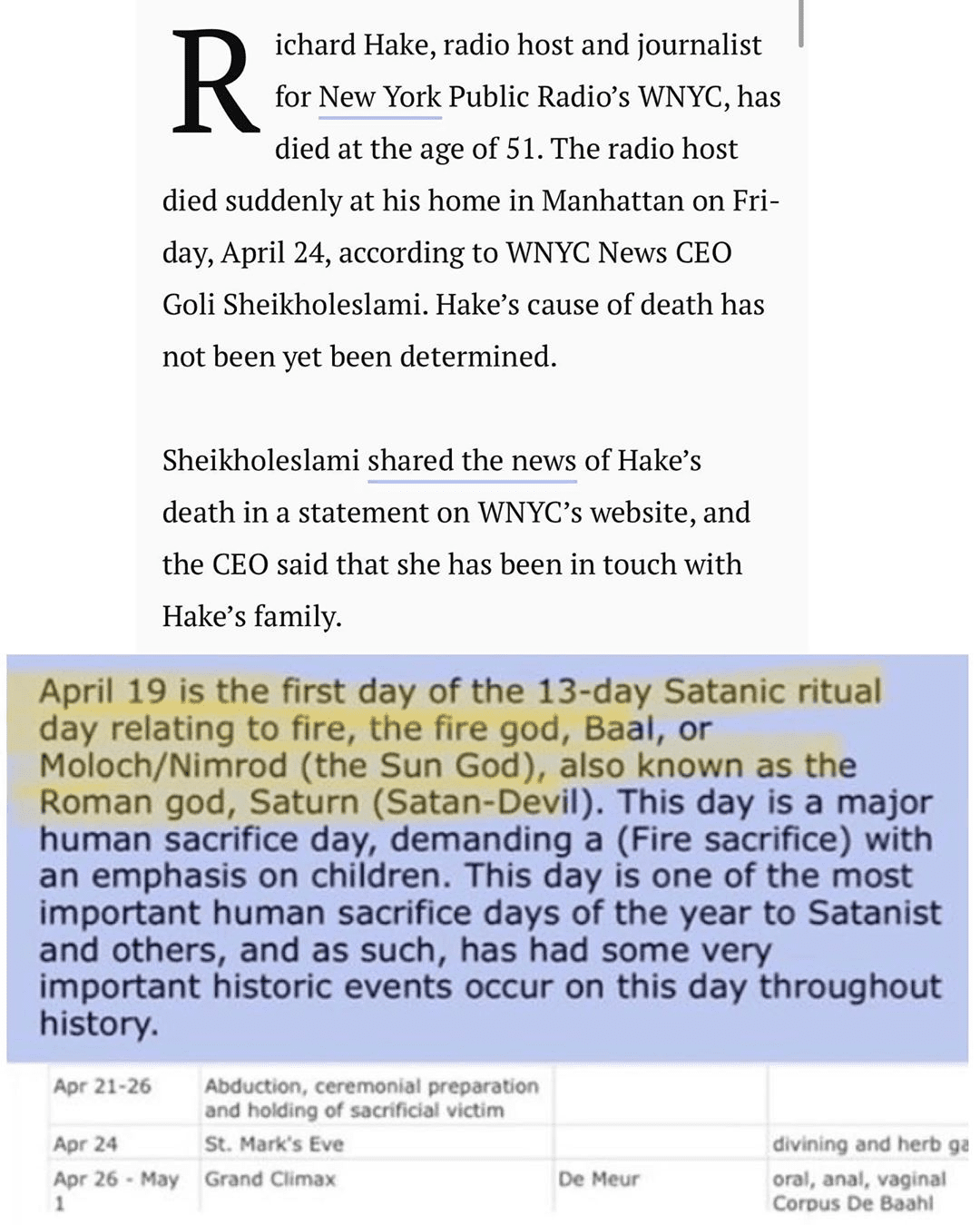