Are we in a Corporatocracy? The term is used to refer to an economic and political system controlled by corporations or corporate interests. It is most often used as a term to describe the economic situation in the United States.
_
_
_
Economist Jeffrey Sachs described the United States as a corporatocracy in The Price of Civilization (2011). He suggested that it arose from four trends:
1. weak national parties and strong political representation of individual districts
2. the large U.S. military establishment after World War II
3. large corporations using money to finance election campaigns
4. globalization tilting the balance of power away from workers
_
_
_
This collective is what author C Wright Mills in 1956 called the “power elite”, wealthy individuals who hold prominent positions in corporatocracies. They control the process of determining a society’s economic and political policies.
_
_
_
????Please follow:
@wwg1wga_
@hisnamewassethrich
@anonx369
@ask_the_q
@the_wake_up_q
@stormisuponus
@weezaveli
@lickittyshitz
@qmaildrops
@tarthetaxman 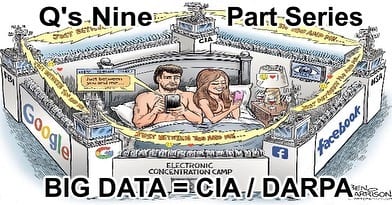