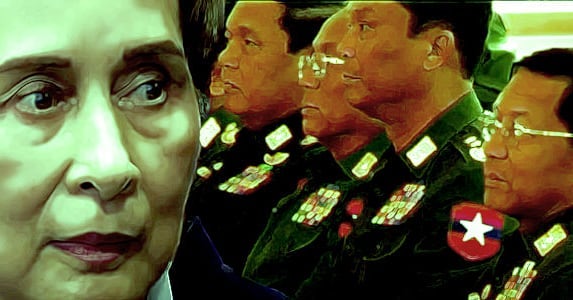 As news of the military coup in Myanmar reached the halls of the Bank of Japan, staff raced to gather information about the ongoing developments.

“They have apparently kicked out the central bank governor as well.” The shocking news was passed up the command chain at the head office in Tokyo’s Nihonbashi district.

It is unclear what happened to former central bank chief Kyaw Kyaw Maung, but deputy governor Bo Bo Nge has been detained, according to media reports. Than Nyein, who served as central banker under the previous junta before the first free election in decades in 2015, has been reappointed to the role.

The Bank of Japan, like most central banks around the world, is watching carefully, to see how the military leaders could affect bilateral and regional cooperation on monetary policy and financial stability.

The move brought back stark memories of the country’s decades of military rule, when it was closed off from much of the world. The period of isolation began to change when the military embraced reforms at the beginning of the last decade, with foreign investors flooding into the largely untapped market rich with natural resources.

@CousinGroypley When you know, you know.

*disruption in the force* *portal noises*

OPINION: Jenna Ellis shouldn’t be taken as a source. But what do I know

This is levels of clown world that actually terrify me. Via

The Obama administration let a Democratic p.r. company that worked for Ukrainian

Mike Pence has an allergic reaction. (meme by me and @DavarEchad)