“Setzer’s bio indicates that he is a retired U.S. Marine Corps pilot who served on the crew of the Presidential Helicopter, Marine One, supporting the White House and President Clinton.” – WBTV

ROWAN COUNTY, N.C. (WBTV) – An aircraft charter company that moved to Mid-Carolina Regional Airport in 2015 is terminating its lease according to county officials, and WBTV has learned that the owner is in jail in Georgia on a long list of sex crimes charges.
Strategic Moves ceased operations at the end of October and will vacate its hangar lease agreement because of “financial difficulties and the loss of clients,” according to The Salisbury Post.

Steven Robert Setzer, listed as the owner of Strategic Moves in 2015, is in jail in Chatham County, GA. Pooler, GA, police charged Setzer in May with enticing a child for indecent purposes, sexual exploitation of a minor, aggravated child molestation, sodomy, and statutory rape.
Link: https://www.wbtv.com/2019/11/21/aircraft-charter-company-that-moved-rowan-now-closing/
Cred: @wwg1wga @lickittyshitz

“CONCUSSIONS, LARGE CRATERS, EXPLOSIONS, IRAN, IRAN” They want a war so bad they…

Jeffrey Epstein Drugged And Raped a 13-Year-Old Girl After Hiring Her As A “Babysitter” Then Used Her As “Fresh Meat” At “Intimate” Gatherings, New $100 Million Lawsuit Brought Forward By Two Women 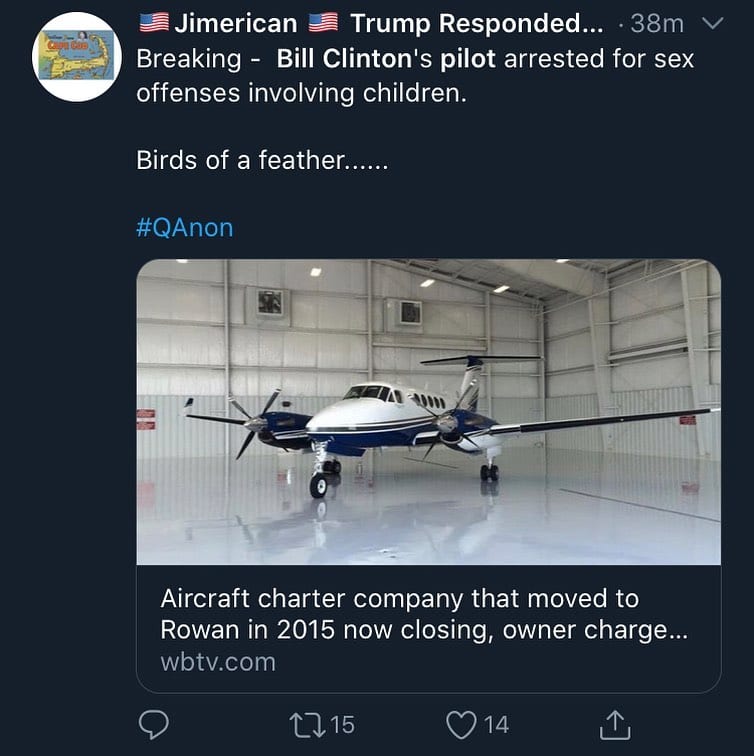