Spanish police were deployed to quell a major conflict between African migrants at an asylum camp in the Canary Islands this week, according to reports.

At least 10 people were hospitalized with injuries and eight more arrested during a battle at the La Laguna migrant camp on the island of Tenerife.

Migrants from the Maghreb (Northwest Africa) and Sub-Saharan Africa reportedly hurled stones at each other and lit fires at the facility.

“The violence among the immigrants was extreme, forcing them to charge in order to break up most of the confrontations,” Pulido wrote, citing police sources.

“Several officers were slightly injured, but no serious injuries were reported.”

Spain’s Secretary of State for Migration is now considering creating more asylum camps in the Canary Islands “to separate the ‘refugees’ by nationality after yesterday’s episode,” Pulido reported on Wednesday.

Since the beginning of 2020, more than 25,000 illegal aliens have flooded the Canary Islands, an archipelago off the coast of Morocco.

Most of the migrants plan to eventually reach the European mainland, either by claiming asylum, hopping flights, or by paying human traffickers to facilitate the journey.

Authorities have been raising alarms over ‘no-go zones’ manifesting where migrants are concentrated in the Canaries.

Gang Shootout on Streets of Madrid 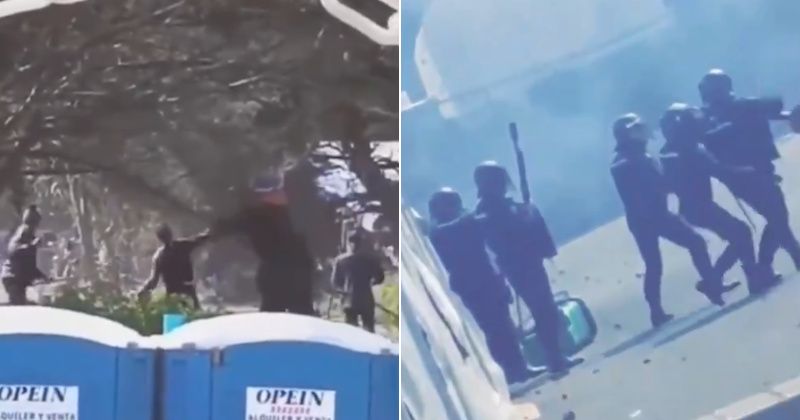