A California restaurant is protesting against medical tyranny by posting a sign asking diners to prove they are not vaccinated against COVID-19.

Basilico’s Pasta e Vino in Orange County has made major waves with their sign taking aim at “treasonous, anti-American stupidity.”

“Notice: Proof of being unvaccinated required. We have zero tolerance for treasonous, anti-American stupidity. Thank you for pondering,” the signs on the restaurant’s door read.

TRENDING: Psaki Says US Going in the Wrong Direction Because of “Large Population of Unvaccinated People” (VIDEO)

The owner of the restaurant has also been outspoken on their Facebook page. On Tuesday, they responded to an article by the Los Angeles Times that trashed them for their vaccine stance.

“LOS ANGELES TIMES’ PRINTS AN ARTICLE ABOUT US, AND AGAIN HERE COME THE HATERS, AND WITH IT, THE HARASSING NON-STOP PHONE CALLS, THREATS AND HUNDREDS OF ONE STAR REVIEWS. AND GUESS WHAT? WE AT ‘BASILICO’S PASTA E VINO’ WEAR IT ALL AS A BADGE OF HONOR!” they wrote in all caps. “ATTENTION: TINY TYRANTS, WANNABE LITTLE DICTATORS, PRO-LOCKDOWN / PRO-MASK / PRO-MANDATORY VACCINE MINI GESTAPO AMERICAN TRAITORS AND SNITCHES, AND YES ESPECIALLY ‘GAVIN PELOSI’ AND ‘STRONZO FAUCI’ … WE FEEL BLESSED TO GO INTO BATTLE AGAINST ALL OF YOU IN DEFENSE OF AMERICAN LIBERTY AND FREEDOM, SO BRING IT ON!”

The restaurants page has been flooded with so many bad reviews from leftist activists that their page has been temporarily disabled.

Roman told the Los Angeles Times that he was seeking to make a point “in defense of American liberty and freedom.”

“With warning signs of another impending lockdown, and many business owners again emboldening those who I refer to as ‘the lockdown tiny tyrants’ — this time by imposing proof-of-vaccination policies — we chose to fire another missile of defiance to further make our point in defense of American liberty and freedom,” Roman said.

Biden, Putin to meet next month in Geneva

‘Have to Meet People Where They’re At’

Several Arrests Made After Protest Blocks Traffic on I-495 In Montgomery County, Maryland 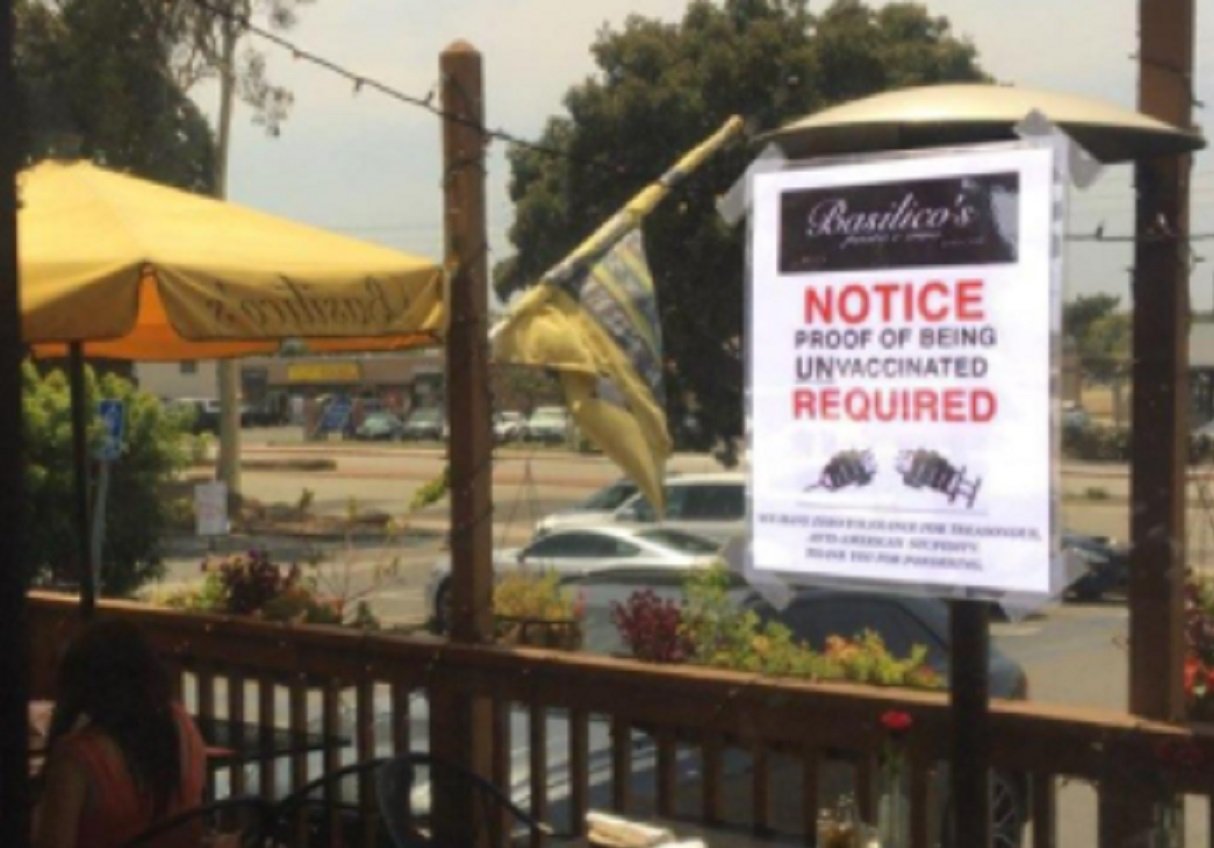