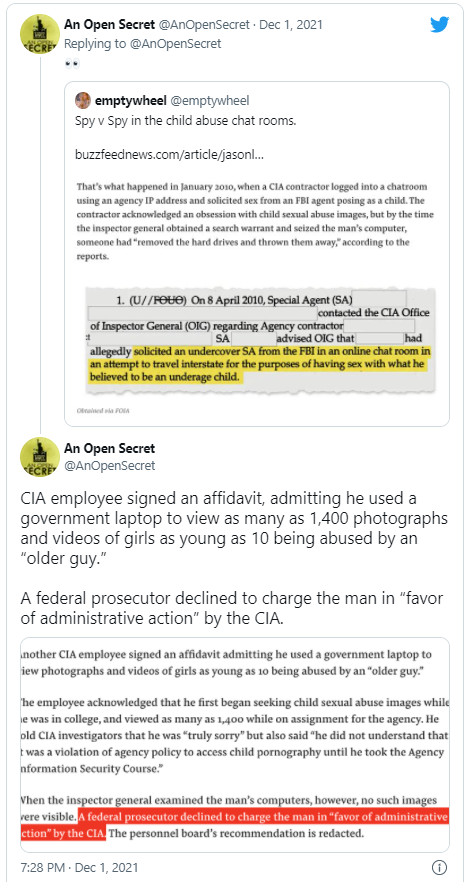 CIA employee signed an affidavit, admitting he used a government laptop to view as many as 1,400 photographs and videos of girls as young as 10 being abused by an “older guy.”

A federal prosecutor declined to charge the man in “favor of administrative action” by the CIA. pic.twitter.com/mKk0n2uqRL

Source by An Open Secret

@vb_lord Like if this was the only thing blocking your path, what would you do?

When are commercial banks going to offer mortgages for digital real-estate?