Partisan Lawless HACKS led by California Attorney General Xavier Becerra @agbecerra today created a coalition of 19 attorneys general in filing a lawsuit challenging the Trump Administration’s illegal diversion of $3.8 billion in taxpayer dollars for the construction of an unauthorized wall along the US-Mexico border. For the second consecutive fiscal year, the Trump Administration has circumvented the will of Congress by illegally redirecting billions of taxpayer dollars, this time snatching fiscal year 2020 funding expressly assigned to state National Guard units throughout the country for the procurement of essential equipment. In today’s lawsuit, the coalition argues that the court should rule that the Department of Defense’s (DOD) diversion of already allocated funds for the unauthorized construction of a wall is an unconstitutional violation of Congress’s appropriation power. “Ignoring the Rule of Law comes easy to President Trump, even after our courts have slapped him down. This year’s victim of his taxpayer money grab is the National Guard, which would lose critical funds to secure essential equipment for our troops,” said Attorney General Becerra. “Congress has repeatedly and explicitly rejected taxpayer funding for a wasteful Trump wall along the border. We’re going to court – once again – to remind Donald Trump that even the President is not above the law.”

When will Dr. Frankenstein (Aka Dr. Fauci) be arrested for his Crimes Against Humanity?

It’s incredibly INSANE that people are lining up to get tested for Covid…aka the FLU. The tests aren’t even accurate. – STOP TESTING, STOP COMPLYING! THAT’S HOW WE END THIS. 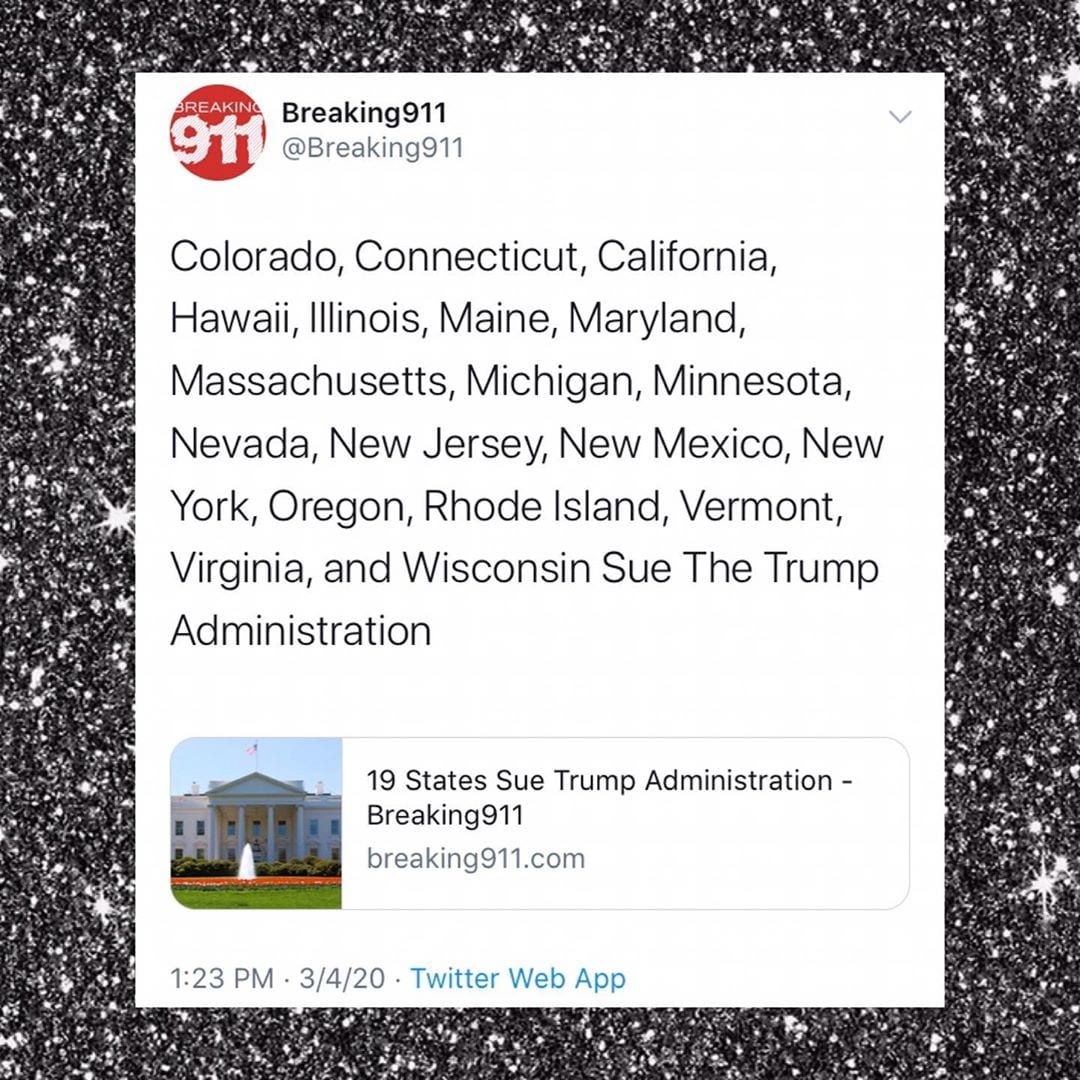