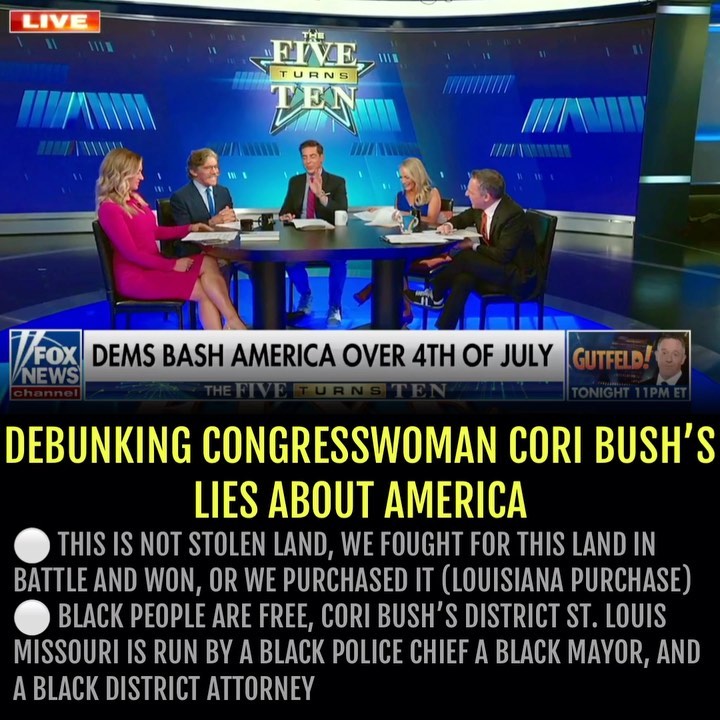 Congresswoman @coribush is wrong.
⚪️ The United States of America’s is NOT stolen land
– We fought in battle and won
– We purchased Florida from Spain Under the Adams–Onís Treaty, where Spain sold the state of Florida to the United States for five million dollars on February 22, 1819. Signed between Spanish minister Do Luis de Onis and US Secretary of State John Quincy Adams, the treaty settled a long-standing border dispute between the two countries.
– The Louisiana Purchase was the acquisition of the territory of Louisiana by the United States from France in 1803. In return for fifteen million dollars, or approximately eighteen dollars per square mile, the United States nominally acquired a total of 828,000 sq mi.
⚪️ in 2021 in the United States of America, Black people are FREE.
– We abolished Jim Crow Laws
– We passed the 13th Amendment which abolished slavery
– We passed the Civil Rights Act of 1964
⚪️ In regard to Cori Bush’s district, representing St. Louis, Missouri they have:
– a Black Democrat Mayor, Tishaura Jones,
– a Black Chief of Police, John W. Hayden, Jr.,
– a Black District Attorney, Kimberly Gardner

I did the day, the moment, they announced it. It’s not an “audit” when the same

From what I understand, Trump vetoes the bill or decides not to sign it by Decem

WATCH: In continuation of the most hilarious long-term mental breakdown in US Hi

On what their souls?