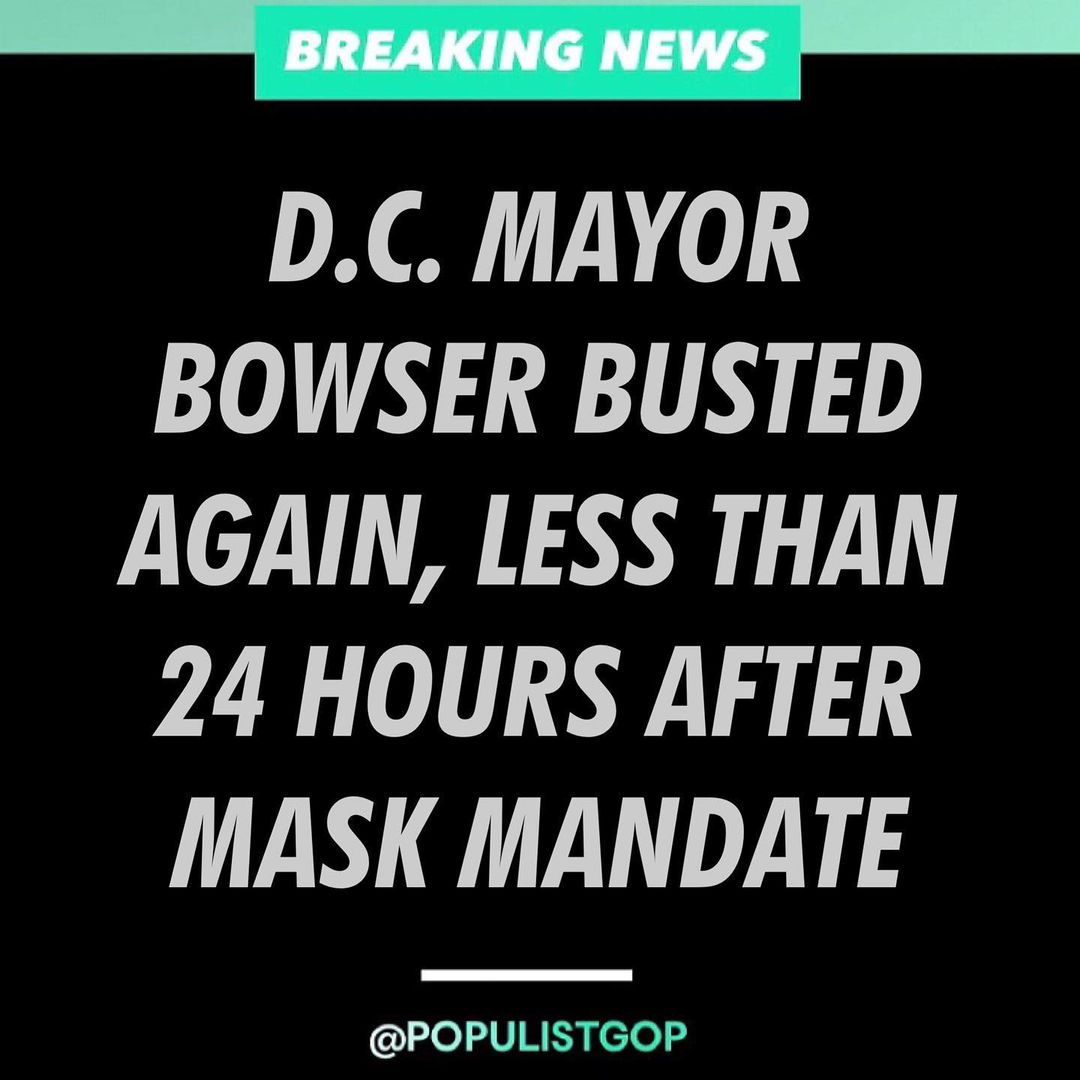 As we previously reported, it looked like Mayor Muriel Bowser didn’t make the mask mandate in Washington, D.C. effective until after her birthday party on Friday night with a DJ and comedian Dave Chapelle in attendance, with people all around her without masks. This despite posting the day before about the importance of masking up and announcing the mandate on Thursday.

Now that sure looks like she was manipulating the timing of her own mandate for her own benefit. But because of that manipulation, she technically wasn’t breaking her own mandate since it didn’t go into effect until Saturday morning.

But how’s she doing now that the mandate has been in effect for a day?

Well, not so well, it looks like. She doesn’t even appear to have made it a day. It may be a tough call as to who is the worst Democratic hypocrite outside the White House, but she does appear to be in a tight race with Gov. Gavin Newsom, at the moment.

According to the Washington Examiner, Bowser officiated at a wedding at The Line DC, a four-star hotel in the Adams Morgan neighborhood of the city, at which there were hundreds of unmasked guests, including Bowser.

Someone from the Examiner was there and then tried to go up to her to ask why she was violating her own mandate, but security “blockaded the free press” and she was escorted away. Doesn’t that sound very banana republic-like? How dare you question the queen! She is the queen, you are the peasants, you must do what she says. But hey, she doesn’t have to adhere to it. Rules for thee.

Now, as I said, I questioned the finding that there was a “substantial” issue in D.C. given that hospitalizations have actually gone down since May 13 when Joe Biden said if vaccinated we no longer had to wear masks and the seven day average of deaths in the District is zero. This indeed poses a question about what the CDC is considering “substantial” when they are defining it as 50 cases out of 100,000 people. Bowser pretty much confirms she doesn’t think there’s great risk by her own actions. But she still wants to impose the mandate on everyone else in the District.

BREAKING REPORT: Twitter co- founder Jack Dorsey on Monday accused CNN of CREATING “CONFLICT” during the Ferguson, Missouri riots so that the cable news network could film it..

Please read past the “red rectangle of look-here only”