A top Danish newspaper has apologized for “hypnotically” following government narratives on the COVID-19 pandemic, admitting “we failed.”

In fact, “we failed” is the very headline used by tabloid outlet Ekstra Bladet, which goes on to admit, “For ALMOST two years, we – the press and the population – have been almost hypnotically preoccupied with the authorities’ daily coronavirus figures.”

The newspaper also acknowledged that it had been found wanting on the important issue of parsing numbers of people who died with COVID not from COVID.

“WE HAVE NOT been vigilant enough at the garden gate when the authorities were required to answer what it actually meant that people are hospitalized with corona and not because of corona. Because it makes a difference. A big difference,” states the piece.

The article also asserts that politicians and authorities have ‘lied’ about other aspects of the pandemic and that this has caused the population to lose trust in them.

The newspaper also pointed out that the efficacy of vaccines to put a halt to the pandemic was vastly overexaggerated by health authorities.

“The vaccines are consistently referred to as our ‘superweapon’. And our hospitals are called ‘superhospitals’. Nevertheless, these super-hospitals are apparently maximally pressured, even though almost the entire population is armed with a super-weapon. Even children have been vaccinated on a huge scale, which has not been done in our neighboring countries.”

As we previously highlighted, the editor-in-chief of Germany’s top newspaper Bild also apologized for the news outlet’s fear-driven coverage of COVID, specifically to children who were told “that they were going to murder their grandma.”

Julian Reichelt said sorry for Bild’s coverage, which was “like poison” and “made you feel like you were a mortal danger to society.”

“Will other news outlets have the journalistic integrity to follow suit?” asks Zero Hedge.

“Perhaps CNN’s ratings wouldn’t be down 90% from last year in the key 25-to-54 demographic if they simply owned up to their complicity in breathlessly spewing government propaganda.”

It’s official: America is now in a civil war.

Mike Lindell Makes Bold Claim: Donald Trump Will Be Back in WH in August 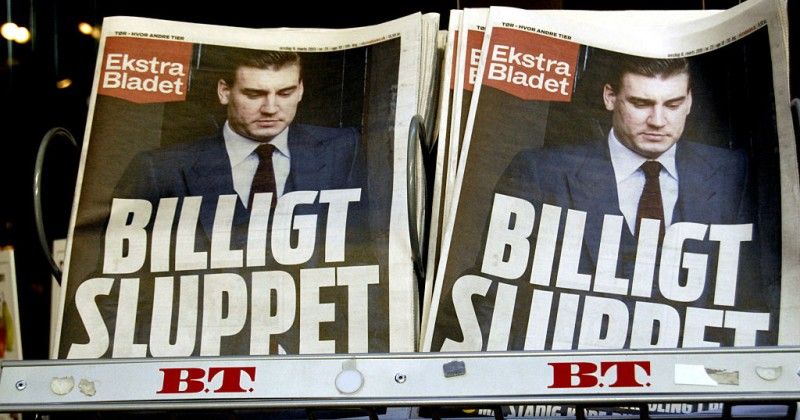