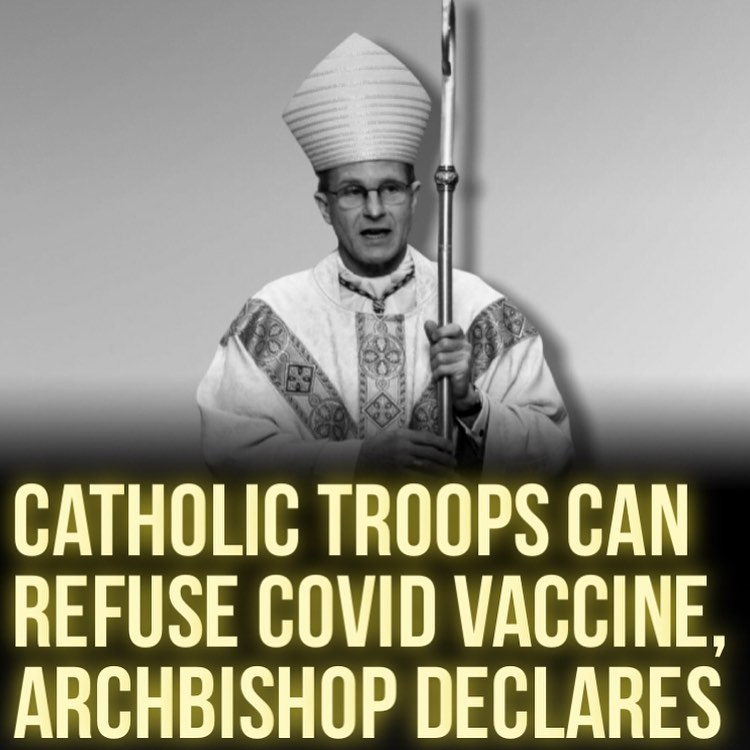 Catholic U.S. troops should be allowed to refuse the COVID-19 vaccine based solely on conscientious objection and regardless of whether abortion-related tissue was used in its creation or testing, the archbishop for the military declared in a new statement supporting service members who are seeking religious exemptions.

“No one should be forced to receive a COVID-19 vaccine if it would violate the sanctity of his or her conscience,” said Archbishop for the Military Services Timothy P. Broglio, in a statement released Tuesday.

Broglio previously has supported Joe Biden’s mandatory vaccination order for U.S. troops, citing the church’s guidance that permits Catholics to receive even vaccines derived from fetal tissue, when no other vaccine option is available. In his new statement, the archbishop said that while he still encourages followers and troops to get vaccinated, some troops have questioned if the church’s permission to get vaccinated outweighed their own conscious objections to it.

“It does not,” Broglio wrote.

The Archdiocese for the Military Services, created by the church in 1985, claims responsibility for 1.8 million service members and their families at 220 installations. Broglio was appointed by Pope Benedict XVI in 2007.

Broglio emphasized the “sanctity of conscience.” If the vaccine violates the sanctity of an individual’s conscience, they should not be forced to receive the vaccine. This deviates from previous statements from the archdiocese, when Broglio encouraged troops to receive whatever vaccine became available.

“The denial of religious accommodations, or punitive or adverse personnel actions taken against those who raise earnest, conscience-based objections, would be contrary to federal law and morally reprehensible,” said Broglio, in his letter.

Bring it light em up

Beto’s Barber Shop! looks like he found a real job!…