Recently, Musk made a hilarious discovery inside a closet located at Twitter’s headquarters.

A newly released video from Musk shows him finding a closet full of t-shirts with the phrase #staywoke.

The closet had hundreds of t-shirts collecting dust and appeared to be part of a failed marketing campaign.

Twitter’s former CEO Jack Dorsey wore this shirt back in 2016.

Behold: The most painful T-shirt on the Internet: https://t.co/AAxJDqUDr7 pic.twitter.com/007FAf0Xfh

The link however no longer works:

Our #StayWoke shirts are now available for purchase. Buy one now through April 23rd! https://t.co/YuIdmA6nPk pic.twitter.com/v8uZGxfvM0

SEE IT! Patrons take down gunman who fired 6 shots inside Florida bar

Couple Sentenced to 32 Years in Prison for Torturing Daughter, 4, to Death and Burying Her in Desert 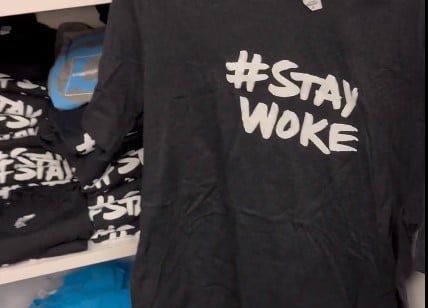