According to draft proposals obtained by the Financial Times, the European Union is set to ease environmental regulations to replace Russian fossil fuels with renewable energy and imported hydrogen power.

The draft calls for the acceleration of wind and solar projects without the need for an environmental impact assessment across the EU’s 27 member states.

“Lengthy and complex administrative procedures are a key barrier for investments in renewables and their related infrastructure,” according to the draft. Fast-track permitting in designated “go-to” areas without environmental impact assessment could “result in the occasional killing or disturbance of birds and other protected species,” it added.

Russia’s invasion of Ukraine has sped up the EU’s transition to renewable energy. The goal is to reduce emissions by at least half by 2030 and zero carbon emissions by 2050.

On Tuesday, Frans Timmermans, vice-president of the European Commission for the Green Deal, said imported hydrogen could substitute for natural gas used by Europe’s industrial countries, which mainly source natgas from Russia.

“It’s essential not just to reduce our carbon footprint, it’s essential to keep our economy competitive. We need a new energy source for difficult to abate sectors. And hydrogen is that energy source,” Timmermans said.

He added that the EU could produce 40% of electricity from renewable sources by 2030. FT says the draft will be released next week and could set a much higher target. It calls for a 30% increase in the rate of renewable project construction.

“In view of the unprecedented geopolitical situation created by Russia’s invasion of Ukraine and the high energy prices, there is a clear need for coordinated and urgent action to accelerate the deployment of renewable energy,” the document said.

In a separate draft, the European Commission laid out strict guidelines for green hydrogen via electrolysis because its production includes the use of fossil fuel. Hydrogen can only be considered green if returned as much renewable electricity as it consumes during production.

As for the loosening of green standards draft to replace Russian fossil fuels, concentrating on wind and solar projects isn’t sustainable. The UK found out the hard way last fall when the wind stopped blowing, and its turbines came to a standstill. Here’s another problem: What happens when the sun doesn’t shine? For the EU not to concentrate on expanding nuclear energy generation seems silly.

Also, the ability to build massive wind and solar farms takes months, if not years, plus procuring turbines and panels in a world where supply chains are battered could increase project times.

Europe’s transition from Russian fossil fuels isn’t going to be smooth. Germany is already warning about a tsunami of bankruptcies if the EU goes ahead with an embargo.

… and according to OilPrice.com, Europe has a “serious energy problem,” and turning to renewable energy projects isn’t going to save the day.

Bill Gates and the World Economic Forum are planning to replace your food with gene-edited produce and lab-grown meat.

The CCP’s crackdown on Uyghurs is “a crime against humanity,” says Amnesty

“Democrats Like to Say ‘Elections Have Consequences’ – But So Do Crimes”

Navarro Rips Abbott as ‘Money Pot’ for the CCP

Historian Patrick K. O’Donnell Reveals the Moments America Was Almost Lost on Memorial Day and the Heroes Who Saved It 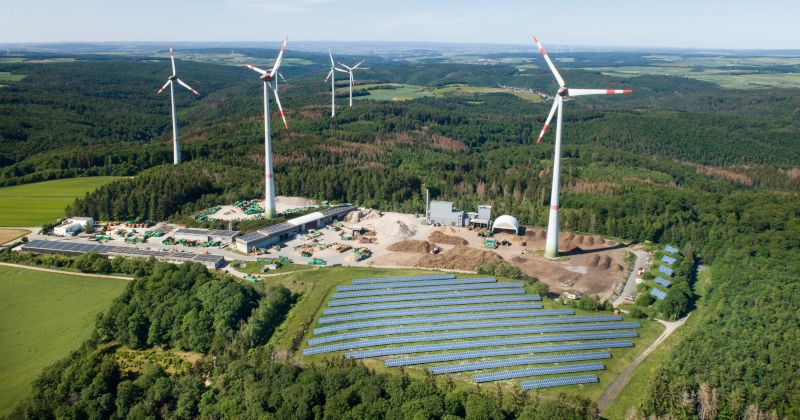