The European Parliament and Council have reached a provisional deal on a digital Covid-19 certificate to facilitate the free movement of tourists among the EU’s 27 member states this summer.

The documentation will show if people have been vaccinated against the virus and if they’ve recently tested negative or recovered from infection, lawmakers said on Thursday, after a fourth round of negotiations.

All EU nations will accept the passport, valid for 12 months, although it will not be a prerequisite for free movement, according to a statement from the European Parliament.

Under the plans, member states should not impose additional travel measures such as quarantines “unless they are necessary and proportionate to safeguard public health,” lawmakers said.

All member states must accept EU-approved vaccines under the scheme, while it is up to each nation whether to allow the entry of travelers vaccinated with jabs that haven’t yet been approved by the bloc’s drugs regulator, such as Russia’s Sputnik V vaccine.

As part of the plans, the European Commission has pledged to make at least €100 million ($122 million) available so “affordable and accessible testing” becomes more widely available.

“White smoke: we have a deal on the Commission’s proposal on the EU Digital Covid Certificate,” EU justice commissioner Didier Reynders said in a tweet as he welcomed the bloc’s consensus.

“This is an important step towards restarting EU free movement as safely as possible, while providing clarity and certainty for our citizens,” the bloc’s health commissioner Stella Kyriakides said.

Some non-EU countries have launched their own Covid-19 travel documentation, including Israel, which is rolling out a Green Pass which will allow its citizens to attend theaters, sports events and gyms.

Meanwhile, in England, people wanting to travel can demonstrate they have received both vaccine doses via a National Health Service (NHS) app.

You can read this article as it originally appears at RT here.

Alex Jones breaks down the horrifying discovery of the Connecticut government openly admitting that dangerous ingredients are in the Covid vaccine.

TINHORN FLATS – The Symbol of Modern Day America Against Tyranny

Mountain of gold discovered in Congo, African villagers having a frenzy – #22 by system – Society 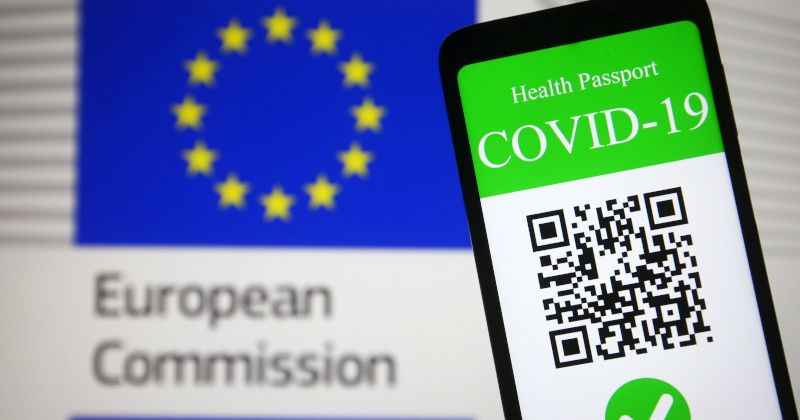