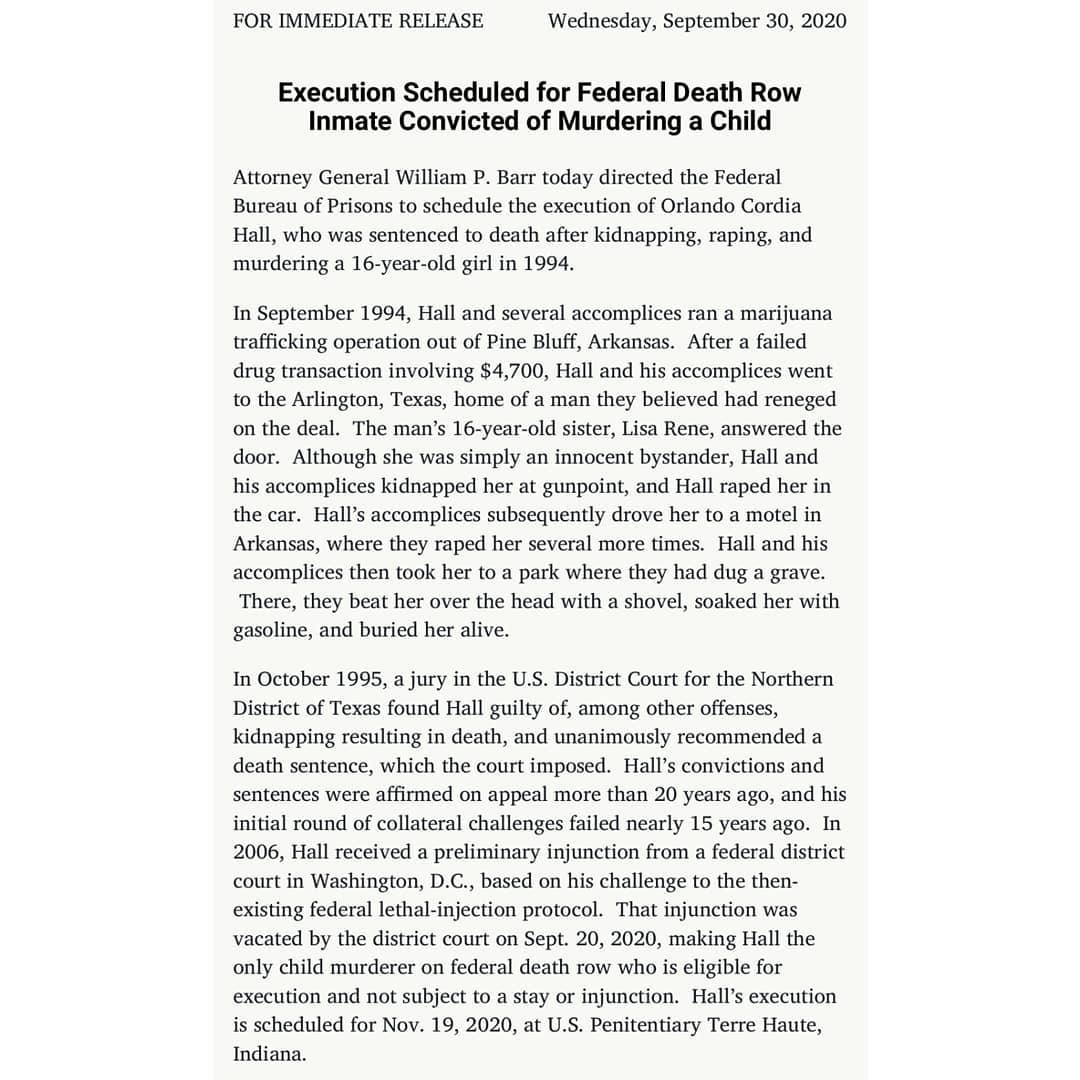 Attorney General William P. Barr today directed the Federal Bureau of Prisons to schedule the execution of Orlando Cordia Hall, who was sentenced to death after kidnapping, raping, and murdering a 16-year-old girl in 1994.

In October 1995, a jury in the U.S. District Court for the Northern District of Texas found Hall guilty of, among other offenses, kidnapping resulting in death, and unanimously recommended a death sentence, which the court imposed.  Hall’s convictions and sentences were affirmed on appeal more than 20 years ago, and his initial round of collateral challenges failed nearly 15 years ago.  In 2006, Hall received a preliminary injunction from a federal district court in Washington, D.C., based on his challenge to the then-existing federal lethal-injection protocol.  That injunction was vacated by the district court on Sept. 20, 2020, making Hall the only child murderer on federal death row who is eligible for execution and not subject to a stay or injunction.  Hall’s execution is scheduled for Nov. 19, 2020, at U.S. Penitentiary Terre Haute, Indiana.

Who Is Rachel Chandler?

Judge Says Facebook Not Immune For Role In Human Trafficking

Actress: Weinstein Used Oprah And Naomi To Seduce Me

How this ties back to the tippy top players including the guardians, one guardian less now I suppose