Back in July 2020 The Gateway Pundit had already debunked the fake “Russian bounties” reports.

Here is what we reported last summer:

The fake New York Times continues its efforts at disinformation and trying to overthrow the elected government of the USA: Last week Soros-backed „reporter“ Eric Schmitt tried to spark hostility with Russia over alleged “Bounties“ for US soldiers in Afghanistan.

TRENDING: “You Son of a Bitch! YOU PUNK!” – Geraldo LOSES IT ON LIVE TV after Dan Bongino Lays Him Out on Hannity! (VIDEO)

Both the Russians and the Taliban have denied the crackpot claims. On June 29, Russian presidential spokesman Dmitry Peskov called the story “a lie” and “absolute BS.”  Speaking on Russia24 television channel, Russian Foreign Ministry spokeswoman Maria Zakharova called the story “a Hollywood blockbuster“ that reminded her of the movie “Wag the Dog“, TASS reported. The Taliban are outlawed as a terrorist organization in Russia.

The Taliban spokesman Zabihullah Mujahid also rejected the claims by The New York Times: “We strongly reject this allegation. Neither is the Islamic Emirate in need of anyone’s help in determining its objectives,” said Mujahid. “These rumors are being circulated to create hurdles for the departure of American troops, to weaken and confuse advocates of peace in America and to attribute the great heroism and achievements of the Afghans to foreigner circles,” Mujahid said, according to Turkish Anadolu News Agency.

The New York Times story, which did not cite any actual examples of a “Russian bounty” being paid for the deaths of U.S. soldiers and offered little in the way of evidence besides unnamed “officials” and “sources”, was principally written by Eric Schmitt, who has been an employee of George-Soros sponsored Democrat Think Tank „Center for a New American Security“ (CNAS) since 2015. The New York Times did not reveal this affiliation in Schmitt‘s articles. It was not clear how working for a partisan Think Tank complies with NYT journalistic ethics.

CNAS was run by Obama-era Ukraine ambassador Victoria Nuland until 2019, a frequent guest at the Soros-funded Ukraine Media Crisis Center, ground zero for the Russiagate conspiracy. Nuland was closely involved with the Biden crime family’s Ukraine Burisma racket, George Soros’ manipulations in Ukraine and the plunged $5 billion taxpayer dollars into Ukraine as part of the “color revolution” 2014.

CNAS was also one of the prime sources for the hit job on Gen. Mike Flynn 2017. Eric Schmitt had already begun writing about Mike Flynn’s threat to the deep state in Dec. 3, 2016, warning of Flynn’s “desire to usurp what he viewed as Washington’s incompetent and corrupt elite.” Closely coordinating with Rep. Adam Schiff, Schmitt became one of the first reporters to begin the takedown of Gen. Mike Flynn on Feb. 12 with an article headed “Turmoil at the National Security Council, From the Top Down” and Feb. 14 with an article claiming “Trump Was Informed 17 Days Ago That Flynn Had Not Been Truthful on Russia”. Amazingly, Schmitt is still on staff at the “New York Times”.

On Thursday, more than six months after our initial reporting the mainstream media finally caught up with Gateway Pundit and admitted their original reporting was as fake as the Russia pee-pee tapes.

Via The Daily Beast:

The Daily Beast was one of the main perpetrators pushing this complete lie.

And, once again, a mainstream media report based on outlandish lies to damage President Trump is found out to be complete garbage months later.

September 23, 2020 (LifeSiteNews) – With deep emotion I have learned that Presid…

Episode 1,107 – Freight Train of Audits is Full Steam Ahead as More Gets on Board – Steve Bannon’s War Room: Pandemic 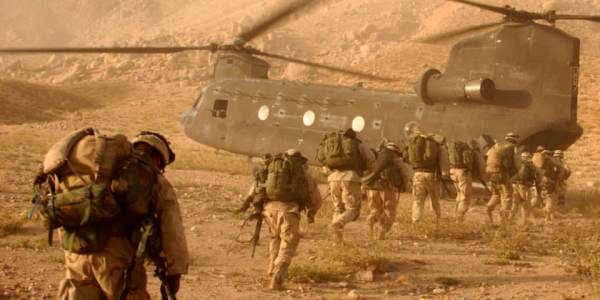