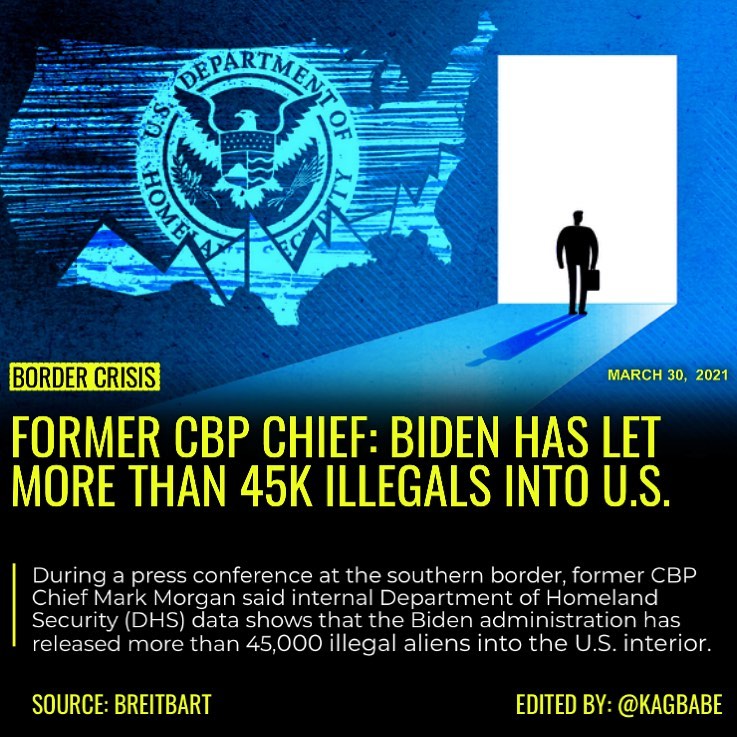 As Breitbart News has extensively reported, the Biden administration has restarted the Catch and Release program, whereby border crossers are apprehended and then promptly released into the U.S. interior.

After their release, border crossers — as well as illegal aliens with deportation orders — can only be deported if they are convicted of an aggravated felony, are a terrorist, or are a known gang member thanks to Biden’s “sanctuary country” orders.

Morgan, during a press conference with House Republicans at the southern border, said internal Department of Homeland Security (DHS) data shows that the Biden administration has released a total of more than 45,000 border crossers into the U.S. interior.

“If you were once enrolled in the ‘Remain in Mexico’ program, you are now being brought to our border and released into the interior of the United States,” Morgan continued. “… The border is wide open and it’s not monitored.”

Morgan also said internal DHS data predicts that an estimated 1.4 million border crossers will be apprehended at the U.S.-Mexico border this year — a foreign population larger than the resident population of Dallas, Texas.

Hoaxes are the only real thing.

This appears to be photoshopped