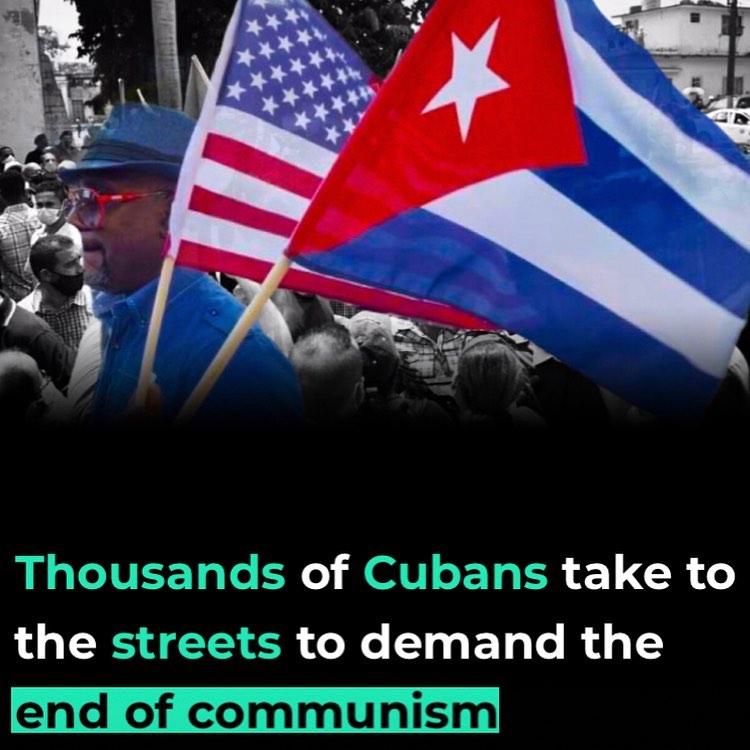 Thousands of people took to the streets at several locations in including the capital Havana on Sunday to call for the end of the decades-old dictatorship.

From the Malecón, Havana’s famous boardwalk near the old city to small towns in Artemisa province and Palma Soriano, the second-largest city in Santiago de Cuba province, videos live-streamed on Facebook showed thousands of people walking and riding bikes and motorcycles along streets while chanting “Freedom,” “Down with Communism,” and “Homeland and Life,” which has become a battle cry among activists as it turns the revolutionary slogan “Homeland or Death” on its head.

“We are not afraid!” chanted as thousands of people walked along a narrow street in

Video streamed on Facebook around 1 p.m. in Palma Soriano showed hundreds of protesters calling for freedom and shouting “down with the dictatorship” and “down with Díaz-Canel!”

Many are growing weary of uncertainty & are impatient for truth to be revealed.