This Thursday, a solar eclipse is set to cast a shadow over most of Europe, resulting in a plunge in solar power output.

According to Reuters, citing Amprion GmbH, which is one of four transmission system operators for electricity in Germany, the solar eclipse could result in a plunge of about 1 gigawatt (GW) in the country.

Amprion said the solar power generation is expected to dip between 0920 GMT and 1140 GMT on Thursday as the solar eclipse event occurs. During this period, Germany’s four high-voltage grid operators, or TSOs, will have to draw from alternative energy sources such as coal, gas, nuclear, and hydroelectric energy to keep the grid balanced.

“The network frequency has to be stable, and swings in production must be balanced,” said an Amprion spokeswoman.

While the impact of this particular eclipse may be insignificant, all four TSOs are preparing to mitigate any effects of grid destabilization. These market players will issue an analysis on Wednesday of the likely grid situation.

Germany can produce about 40 GW of solar power, but output depends on the sunlight intensity and cloud cover. Much of the darkness will be seen in northern Germany, with an estimated 20% covered skies by the eclipse, while in southern Germany, the rate will likely be 2.5%. The country doesn’t have enough power storage capacity.

In Belgium, the generation of solar electricity will plummet by 15% during the solar eclipse. Also, Greenland, Iceland, the Arctic, some of North America and Asia will experience the celestial event.

The rapid loss of solar radiation from an eclipse should be a humbling reminder to those pushing a green energy transition that energy diversification is essential for grid stabilization.

In a bombshell interview with Maria Bartiromo, Ted Cruz goes on the attack and calls out Facebook and Fauci for colluding to manipulate and suppress COVID coverage in the U.S.

The Power of the CCP 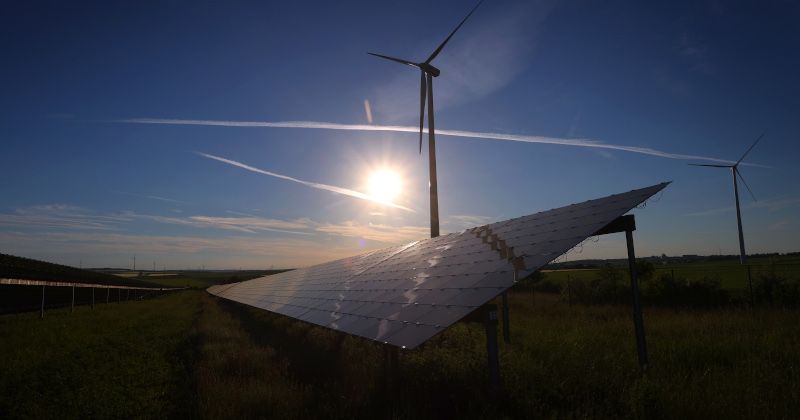