Four non-governmental organizations (NGOs) based in Germany have been identified by Greek authorities amid an investigation into human trafficking and other high-level crimes, according to reports.

The latest findings of an ongoing probe by ELAS (Hellenic Police) and EYP (National Agency of Information) into migrant trafficking networks operated by NGOs have been released to Greek media.

In September, Greek authorities arrested 35 individuals from around Europe and the Middle East – including 26 German nationals – tied to NGOs believed to be trafficking third-country migrants from Turkey to Greek islands in the Aegean Sea.

“According to the case file, the ship ‘Mare Liberum’ played a key role in the activities of the four NGOs by systematically monitoring and recording the communications of the Coast Guard and exchanging information regarding migratory flows – who came or will come from Turkey to our country (place of departure, time of migration, age, sex and country of origin of the boat passengers),” Pentapostagma reports.

“A shipwreck on September 5 provided a wealth of evidence, such as a map of the Lesvos coastline with mooring points and the corresponding starting points for migratory flows from the Turkish coast, detailed maps of the refugee-immigrant accommodation zones in the former Reception and Identification Center in Moria, and communications with foreigners who had already been trafficked to Greece, with the aim of ‘recruiting’ them.”

Additionally, Greek authorities revealed they are probing connections between the NGOs and arson fires started by migrants at multiple asylum camps on the island of Lesvos.

In October, German MP Petr Bystron brought Infowars Europe to visit a location in Berlin believed to serve as headquarters for multiple NGOs implicated in the widening scandal.

The deal will effectively establish a new company, TikTok Global, in which Oracl…

Iran-backed militia claims it has sleeper cells in U.S. capital 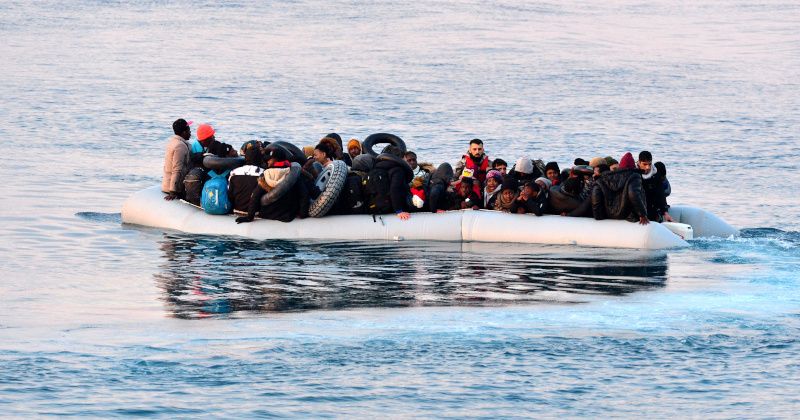