MSNBC contributor Jason Johnson claimed Monday on “The 11th Hour” that House Republicans were a “terrorist organization” led by Speaker Kevin McCarthy (R-CA), who has “no love for this country.”

Anchor Stephanie Ruhle said, “‘I will never leave that woman.’ Jason that is not a quote from Kevin Costner in the major motion picture The Bodyguard. That is Kevin McCarthy talking about a colleague. What do we do with that?”

Johnson said, “It’s one thing to say, that’s my work wife. Right? And it’s something else when you have Stockholm Syndrome. That’s what we have here. This guy’s been beat down by the far-right and his own party for so wrong that he’s convinced himself that he’s in love with Marjorie Taylor Greene. Now, look, I make no judgment on who people line up with, but if you want to be in love with the terrorist sympathizer, that speaks volumes about whether or not you should be equipped to be potentially third in line to leave this country and case of a tragedy.”

He added, “I don’t really care objectively if the best friends, if their BFFs if they’re in their top five, I don’t care. What concerns me is any degree to which people who have committed themselves to the violent overthrow of our government are in any shape, way, or form normalized by the elected leadership of our government. I don’t care if that’s Jim Jordan, Marjorie Taylor Greene, Paul Gosar, or hundreds of other Republicans who voted to not verify the 2020 election. So whether or not McCarthy has a particularly special relationship with Marjorie Taylor Greene speaks to the fact that I have been saying for years that you don’t have a Republican Party. You have a dime-store front for a terrorist organization. And this is just the public attempt to watch that relationship and pretend that they’re running a party under the guise of this brand-new BFF love relationship that they have because McCarthy has no spine and no love for this country.” 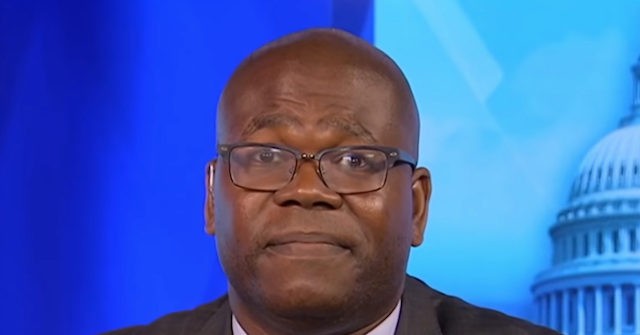