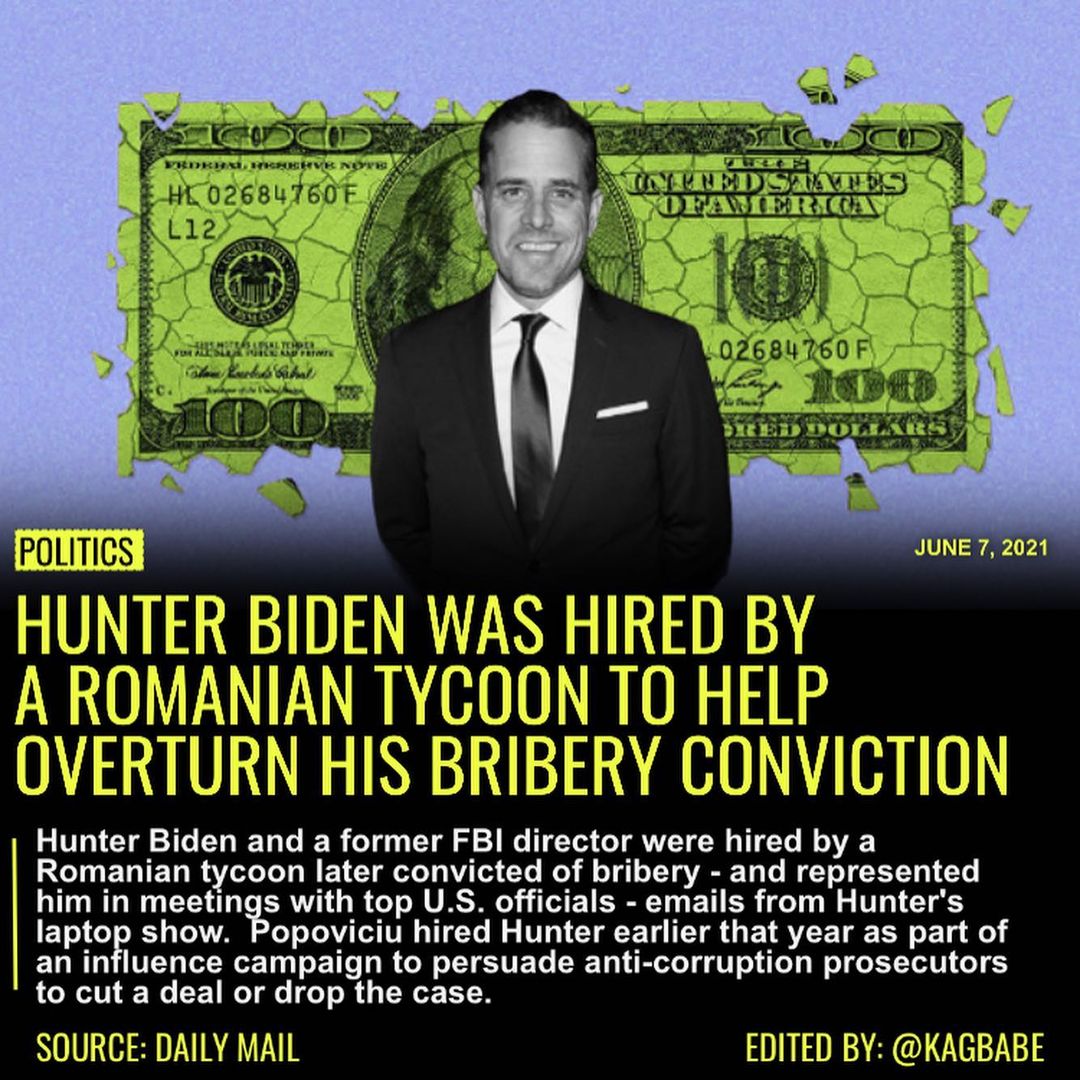 Hunter Biden and a former FBI director were hired by a Romanian tycoon later convicted of bribery – and represented him in meetings with top U.S. officials – emails from Hunter’s laptop show.

Romanian real estate tycoon Gabriel Popoviciu was convicted in his home country in 2016 of bribing a university official to buy a 550-acre plot of government-owned land for a drastically reduced price.

Popoviciu hired Hunter earlier that year as part of an influence campaign to persuade anti-corruption prosecutors to cut a deal or drop the case.

The hiring was revealed in 2019, but DailyMail.com can now reveal the extensive propaganda and persuasion campaign planned by Hunter for the Romanian criminal, all while Hunter’s father was Vice President.

Emails on Hunter’s abandoned laptop reveal how Joe Biden’s son and his colleagues leveraged their US government connections and plotted a propaganda campaign for the grafting Romanian tycoon.

The arrangement raises more questions about Hunter’s dodgy business deals that threatened to compromised his father – the vice president.

Emails show Hunter’s colleagues, partners in law firm Boies Schiller Flexner, Christopher Boies and Michael Gottlieb, seeking to set up meetings with the US Ambassador to Romania, after discussing among themselves whether he would intervene in Popoviciu’s case.

Hunter brought in political heavyweight and family friend Louis Freeh, the former director of the FBI, to use his US law enforcement contacts for Popoviciu’s advantage, and was offered a referral fee as a result.

Hunter and his colleagues also discussed a media campaign, including to major U.S. publication the Wall Street Journal, to support their client who was later found guilty of bribery.

None of them were required to register for this work under FARA, due to various exemptions including those for lawyers of foreign defendants.

Popoviciu was first mentioned in Hunter’s emails in September 2015. At the time Hunter worked at law firm Boies Schiller Flexner.

Firm partner Chris Boies wrote to Hunter and his business partner Devon Archer with the subject line ‘Popoviciu’, and the message: ‘Let’s discuss when convenient…‘
⬇️

Both are reasonable demands, and I hope Congress is listening. The biggest winne

[They] nuked our dear fren. Please follow and help her rebuild. Pain is coming