Hunter had a child with 28-year-old Lunden Roberts after meeting her at a DC strip joint where she worked as a stripper and she is in court demanding Hunter pay child support.

Ms. Roberts dragged Hunter Biden into a nasty court battle after he has ‘refused to pay child support for over a year’ and refused to pay her $11,000 legal bill.

Lunden Roberts told the court that Hunter Biden “had no involvement in the child’s life since the child’s birth, never interacted with the child, never parented the child,” and “could not identify the child out of a photo lineup.”

Hunter and his baby mama Lunden Roberts are due back in court on January 29 for a pre-trial hearing.

Hunter Biden must appear Jan. 29 in a Batesville courtroom and explain why he shouldn’t be held in contempt for violating court orders to provide financial information in his Arkansas paternity case.

Independence County Circuit Judge Holly Meyer signed an “Order to Appear and Show Cause” on Monday, a day when Arkansas courts were closed to honor the birthday of Dr. Martin Luther King Jr. The judge’s order was filed into the court record Tuesday.

The one-sentence order was prepared by Clinton and Jennifer Lancaster, attorneys for Lunden Alexis Roberts, the mother of Biden’s 16-month-old child.

Biden, son of former Vice President Joe Biden, is being ordered to appear in the Arkansas courtroom days after President Donald Trump’s impeachment trial began in the Senate. Hunter Biden has been mentioned as a possible witness in the impeachment proceedings.

There’s no evidence that Ghislaine Maxwell had anything to do with Israel – Outside the Manhattan Courthouse today: Maxwell for child rape Israel

What happens when China takes over a UN agency? 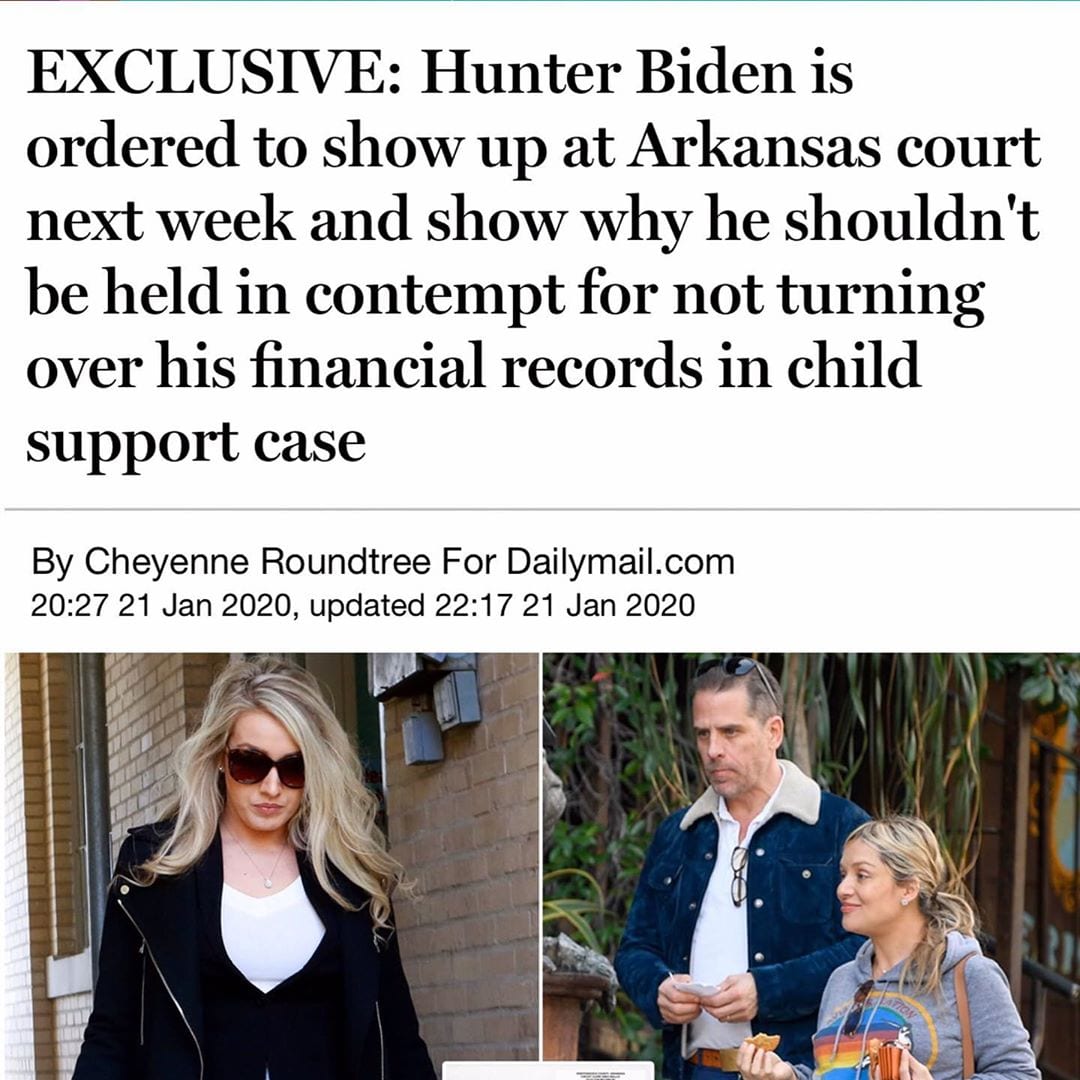