The protests are having significant pressures on the government.

Iraqi President Barham Salih on Thursday expressed his readiness to submit resignation to the parliament after he refused to appoint an Iran-backed parliamentary bloc for prime minister, the Iraqi official television reported.

The Bina bloc, led by Iran-backed militia leader Hadi al-Amiri, had nominated Basra Governor Asaad al-Edani to be the next prime minister.

Netanyahu – “Iran is Devouring One Nation After Another”

But Salih said in a statement that appointing Edani would not placate protesters demanding an independent prime minister with no party affiliation or help calm the unrest that has rocked the country.

In the letter, Salih said his position on the current nomination “may be considered a violation of a constitutional text,” so he was ready to resign from the post of the president.

“Out of my desire to stop blood and maintain peace, and with due respect to Asaad al-Edani, I refuse to nominate him,” Salih said. “Therefore I put my willingness to resign the post of president to members of parliament so that they decide as representatives of the people what they see fit.”

Mass protests have gripped Iraq since October 1 and the protesters, most of them young, are demanding an overhaul of a political system they see as profoundly corrupt and keeping most Iraqis in poverty. More than 450 people have been killed.

Prime Minister Adel Abdul Mahdi resigned last month as the protests continued, but he has remained in office in a caretaker capacity.

A Timeline Of Current Events Between The U.S. And Iran

Moves and Counter Moves
Via @lickittycrapz

America is prepared. Via @kagbabe…

Who Are The “Wizards & Warlocks”, The Guardians Of Intelligence

Elon Musk unveils plan to build mind-reading implants: 'The monkey is out of the bag'

But when thousands of babies continue to die in their sleep 48 hours after a vaccination, it’s a “sudden unexplainable death? 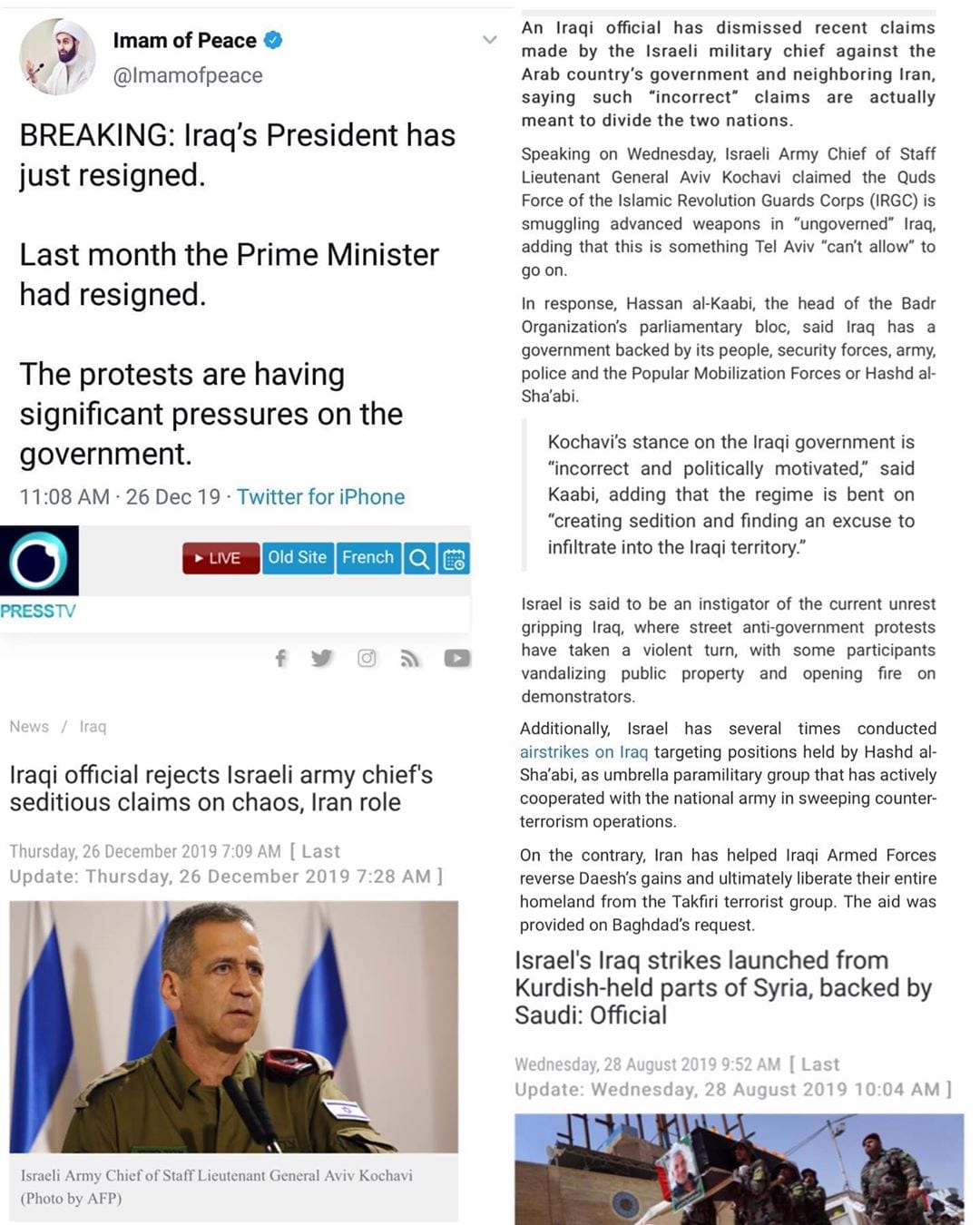