Jeffrey Epstein’s ‘pimp’ Ghislaine Maxwell threatened a 15-year-old Swedish girl held hostage on his private island when she refused to have sex, according to bombshell claims made in US court documents.

Rinaldo Rizzo, a butler who worked for hedge fund billionaire Glenn Dubin and his wife, Eva Andersson-Dubin, said in filings for an unrelated case that Epstein and Maxwell brought the teenager with them when they visited his employers in New York.

He said he found the girl crying in the kitchen, and heard her describe her alleged treatment at the hands of Maxwell and her assistant, Sarah Kellen, when she was being held at Epstein’s property in the US Virgin Islands.

Mr Rizzo claimed the girl told him that Maxwell and Kellen had demanded sex from her and taken away her passport and threatened her when she refused.

According to Mr Rizzo, he introduced himself and his wife to the teenager after Andersson-Dubin stepped out of the kitchen for a few moments.

He said the girl sat in a stool next to a kitchen counter in the Dubins’ home. She was ‘distraught and shaking…literally quivering’.

He continued in the testimony: ‘She proceeded to tell my wife and I… “I was on the island and there was Ghislaine, and there was Sarah,” and she said, “They asked me for sex. I said no”.’

Soros says Online Trump Supporters Will Be Entirely “Silenced” By 2020

So, if ClintonHarris2020 became a registered domain 65 days ago

/qresearch/ is going stronger than ever right now at about 2000 posts per hour.

Oy vey Meet the eleven Jewish figures – four of them women – that will be part of the incoming U.S. administration

Trump Soon To Be Acquitted – NOT SORRY 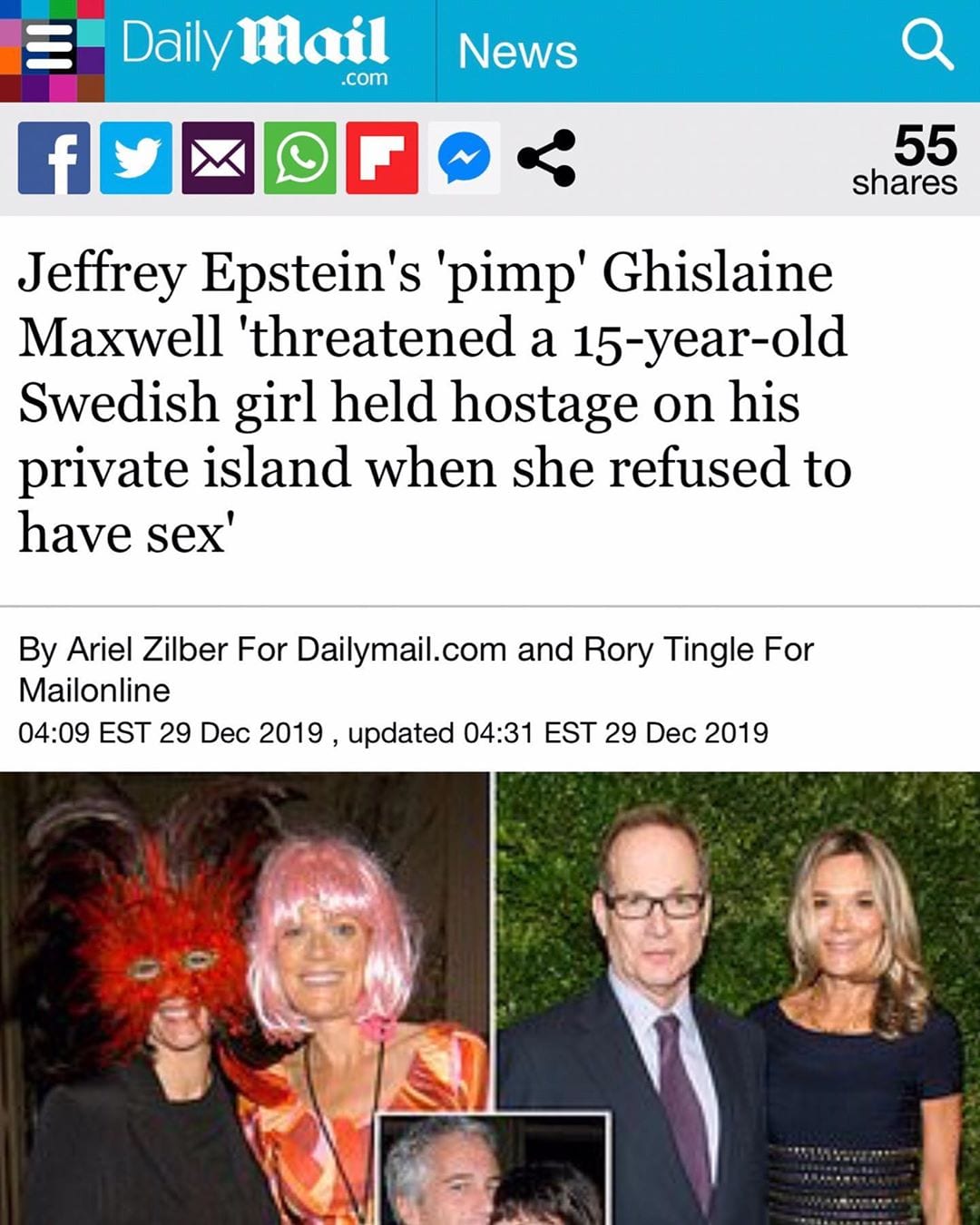