After abandoning plans for a “draconian” 5-day Easter Weekend lockdown, German Chancellor Angela Merkel apparently hasn’t given up the fight to impose another economy-crushing round of lockdowns on the German people, who have lived with varying levels of restrictions for a year already.

In an interview that followed what the FT described as “one of the toughest weeks Merkel has faced as Chancellor” Merkel attacked the leaders of Germany’s 16 states, warning that they should not be reopening their economies, while threatening a new national curfew to slow the “third wave” of the virus.

Speaking on Sunday evening, Merkel said Germany may need to take “additional measures” to contain the latest wave of cases. “We have the possibility of curfews, further contact restrictions, further mask-wearing,” she said.

Already, schools must carry out tests on pupils at least twice a week. Employers must allow their staff to work from home, and those who work at the office or factory must also take two tests per week, she added. This rule could soon carry the force of law if Merkel decides to tighten restrictions.

During the wide-ranging interview with German television channel ARD, Merkel faulted several states for failing to implement an “emergency brake” agreed on March 3. The measure requires states to halt plans to relax lockdown measures if the rate of infection in the population ever tops 1/100.

“Unfortunately, it is not being adhered to everywhere,” she said. “There are several states that are interpreting it very broadly, and that doesn’t fill me with joy.”

“What depresses and vexes me is that the good parts of a resolution are implemented…but the difficult part isn’t, as I would wish it to be,” Merkel said.

Specifically, Merkel slammed Armin Laschet, the prime minister of North Rhine-Westphalia, Germany’s most populous state, who was elected leader of her CDU party in January. Laschet has said the emergency brake will be applied only in certain areas where COVID is most prevalent, not the entire state. Merkel said Laschet was violating the principle of the emergency break, but that “he’s not the only one.” These lax enforcement measured caused the response to be “a bit delayed, and that cost us a lot of time and a lot of energy, and now with the third wave it looks like the same thing might be happening again.”

While deaths have continued to slow, Germany has seen its 7-day average for new cases rise to its highest level since January.

Meanwhile, as more European nations move to extend or reinstate lockdown measures, UBS has just published its latest outlook for the eurozone’s economy, saying “longer and/or tighter lockdowns than previously assumed warrant a more cautious outlook for GDP and growth in Q1 and Q2021. Despite some positive payback in Q3 and Q4, we now expect an annual growth rate of 4.3%, down from 5.0% previously – still very decent, but not as impressive as we anticipated a few months ago.”

As for inflation: “we expect inflation to rise over the coming months, from 0.9% y/y in January to 2% or even slightly higher over the second half of the year, pushed up by one-offs and base effects.”

Of course, all these projections will ultimately depend on how many states bow to Merkel’s latest round of browbeating. One state that has vowed to reopen after Easter is the small region of Saarland in western Germany. Merkel acknowledged its infection numbers were relatively low “but they’re not stable…they’re not sinking.”

Alex Jones breaks down the definition of medicalization and how it is being used to implement medical tyranny around the world.

TINHORN FLATS – The Symbol of Modern Day America Against Tyranny 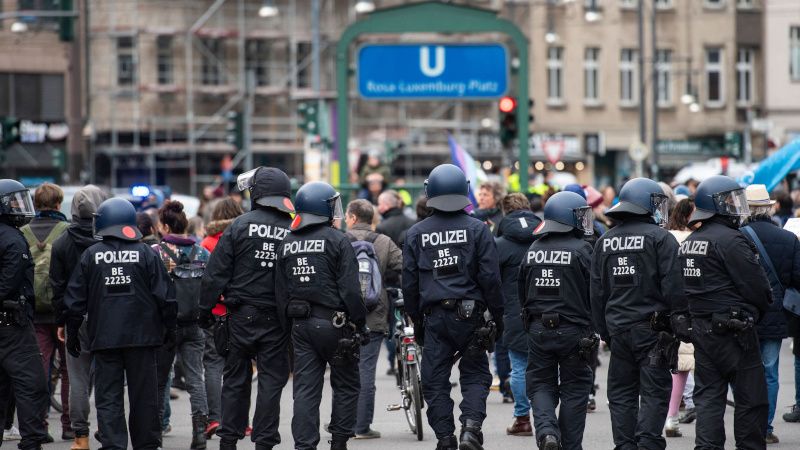