A female motorist was beaten by a large group of ‘young people’ after some of them crashed into her car while riding a 4-wheeler in Nantes, France, according to reports.

The woman was driving at around 5 p.m. on Wednesday when she collided with a trio of ‘youths’ on an ATV.

While no one was injured in the crash, the woman attempted to collect information for an insurance report.

The riders of the quad became agitated at the prospect and ran off, only to return moments later with friends.

“According to the victim, a dozen young people gathered around her and started to molest her. They slapped her, made her fall to the ground and stole her cell phone. A witness who tried to help her was also attacked,” Ouest France reports.

Police later arrived on the scene and located the 4-wheeler parked at a nearby residence.

Three individuals between the ages of 17 and 20 were found inside the home and taken into custody for questioning.

“During the hearing, the owner of the quad denied having used it during the accident. And the witnesses did not manage to formally identify the suspects as being part of their aggressors. The three young people were finally released by order of the Public Prosecutor,” according to Ouest France.

The incident comes amid a heated debate over violent crime and lawlessness tied to mass migration and the spread of Islam in France.

Military leaders have fired off two incendiary letters in recent weeks, warning the Macron government of looming “civil war” if strong measures are not taken to regain control of a society spiraling into chaos.

Alex Jones breaks down the horrifying discovery of the Connecticut government openly admitting that dangerous ingredients are in the Covid vaccine.

“He Throws the Baseball Better Than He Predicts” (Video) 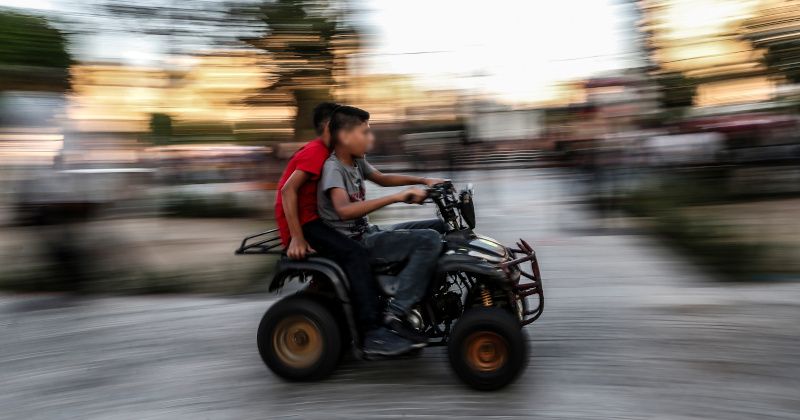