An increasing number of Britons view the rise of the Chinese Communist Party (CCP) as a “critical threat” to Britain and oppose economic ties with Beijing, a new study found.

The surge in anti-China sentiment comes after a period of intense scrutiny of Beijing’s role in British infrastructure and after the Chinese telecommunications company Huawei was banned from providing 5G equipment.

A poll by the British Foreign Policy Group found that 41 percent of respondents consider the CCP a critical threat, up from 30 percent last year.

Britain, which defied the CCP over its human rights record, was supported by 40 percent, and Beijing faced international criticism of Hong Kong’s political oppression and the forced sterilization of Uyghurs in northwestern Xinjiang.

Almost the same group – 38% – supports cooperation with China on climate change, research and higher education and other common global issues. The report says the balanced approach was supported by mostly non-conservative voters.

Nearly a third of respondents said they support Chinese students attending UK universities, while more than a quarter would like the UK to continue collaborating with China on research projects.

“The UK has undergone a dramatic change in its relationship with China in the past 18 months – due in part to a growing awareness of security vulnerabilities, but also due to growing anxiety over China’s human rights record at home and its behavior as a global actor.” the report says.

“This hardening of political views towards China – just a matter of several years since the new ‘golden era’ of relations was declared – has been accompanied by a change in public hostility towards China.

“The UK government is now seeking to define and articulate the parameters for its ‘reset’ with China and is considering how best to find the right balance between security and openness, recognizing the benefits of not only economic engagement, but also diplomatic and geopolitical cooperation around common challenges such as climate change ”.

The poll results were obtained as the government prepared for a Comprehensive Review to outline the UK’s post-Brexit policy priorities.

However, only eight percent of those polled said they believed Britain should focus its foreign policy on the Indo-Pacific, while 37 percent expressed doubts about any reorientation toward Asia.

Only 18 percent supported the deployment of British defense resources to contain Chinese aggression in the Indo-Pacific, despite a comprehensive review recommending an increase in the British naval presence in Asia.

In terms of British military adventurism, 39 percent said the force should only be deployed in three scenarios, including a direct attack on British soil, a direct attack on UK overseas assets, or in the event of genocide or a large-scale humanitarian crisis.

China’s international reputation suffered in 2020 due to its alleged cover-up in the early stages of the coronavirus pandemic, due to its treatment of the Uyghurs, due to its crackdown on Hong Kong democracy, and due to its tainted relations with Pacific neighbors such as Australia.

“China experienced a further deterioration in public opinion during the peak of the first wave of the pandemic (growing mistrust to 84%), which appears to have diminished as attention to the origins of the coronavirus has become less visible,” the report said.

However, the motives behind the distrust of China and – in some cases – the desire for a more distant relationship with Beijing were different. While some citizens share concerns about national security, others say they are motivated by their personal values.

Despite the UK finally leaving the European Union in early 2021, attitudes towards the EU have improved over the past year, with 62 percent of Britons trusting the bloc to act responsibly in the world.

“Only a quarter (24 percent) of Britons believe that the deal the UK government struck with the European Union in December 2020 is the best basis for advancing our relationship with the EU,” the report says.

However, “when asked about Britain’s future relationship with the European Union, now that the deal has been agreed, it is clear that the British recognize the need for a close relationship and the argument against no deal has clearly been won, but also that the reunification movement is by no means is a representative of the conservation movement as a whole, ”it added.

The UK will call on Wednesday for a UN resolution to help negotiate a ceasefire so that people in conflict zones can be vaccinated against COVID-19, saying member states have a moral duty to protect the vulnerable.

Foreign Minister Dominic Raab will chair a virtual meeting of the UN Security Council on Wednesday to discuss the threat facing more than 160 million people living in areas of instability and conflict such as Yemen, South Sudan, Somalia and Ethiopia.

“We have a moral obligation to act and a strategic need to unite to defeat this virus,” Raab said in a statement.

He will also urge UN members to unite to support equitable access to vaccines, warning that new variants of the virus will spread to places where people have not been vaccinated, potentially threatening the rest of the world with new waves.

Mexico is also expected to raise concerns about unequal access to vaccines around the world. The UK says it has committed £ 548 million ($ 762 million) to aid to developing countries as part of the COVAX joint initiative.

Britain’s push for a vaccination ceasefire could be the first key test of United Nations cooperation between China and the new administration of US President Joe Biden.

Long-standing tensions between China and the administration of former US President Donald Trump have reached a boiling point at the UN over the pandemic, highlighting Beijing’s desire for greater multilateral influence in its fight against Washington’s traditional leadership.

Plagued by disputes between China and the United States, the 15-member UN Security Council spent more than three months last year approving Secretary-General António Guterres’ call for a global ceasefire over the pandemic.

The Trump administration has accused Beijing of lack of transparency, which it says has exacerbated the COVID-19 outbreak. China has denied these claims. 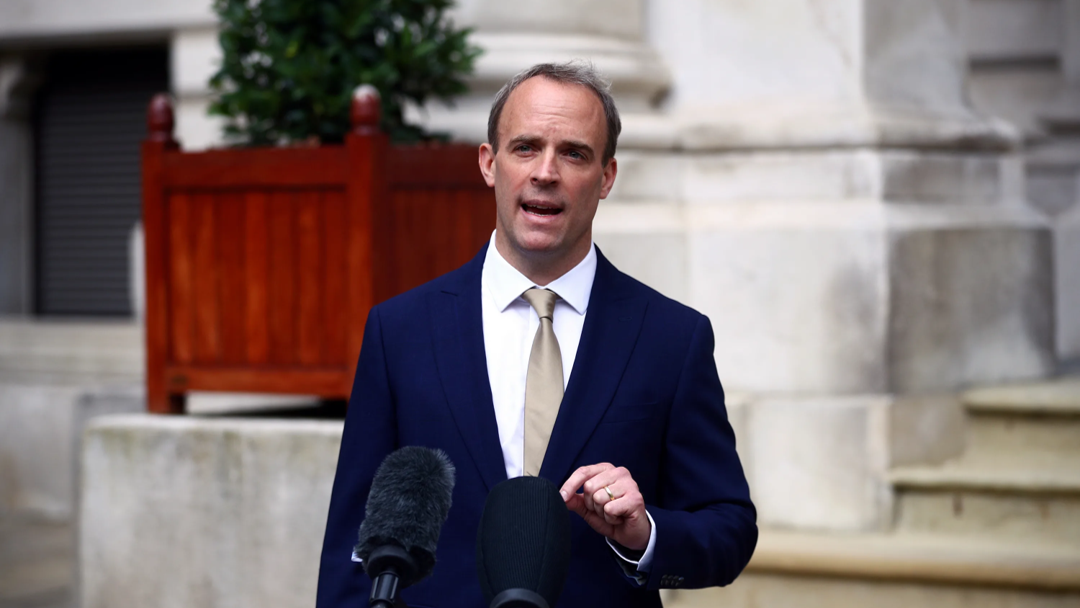