Race relations between black and white Americans have hit the lowest point since the pollsters began tracking the sentiment twenty years ago.

A massive 57 percent of Americans believe that relations between Black and White Americans are “somewhat” or “very” bad, according to the poll released by Gallup on Wednesday.

Only 42 percent said that relations between the two races are “very” or “somewhat” good.

“In 2019, 51 percent of Americans said relations were ‘very’ or ‘somewhat’ good. However, after the murder of George Floyd in May 2020, the rating dropped the following year as racial justice protests erupted nationwide,” the Hill reports. “The survey was conducted between June 1-July 5, which Gallup says includes an oversample of Black Americans weighted to their correct proportion of the population. Gallup notes that during the time of the survey, Derek Chauvin, the former Minneapolis police officer convicted of killing Floyd, was sentenced to 22.5 years in prison.”

TRENDING: Get Woke – Go Broke: US Women’s National Soccer Team Gets Skunked in 3-0 Loss to Sweden in Olympic Opening – Bounced from Tourney

“While White Americans have typically been more likely than Black Americans to say race relations are good, at least slim majorities of both racial groups rated them positively until 2016. Although the racially divisive events of the past few years have taken a toll on both Black and White Americans’ views of race relations, Black adults’ views continue to lag White adults’. Currently, 10 points separate Black and White adults’ views of race relations — 33% vs. 43%. Each reading is the lowest on record for both racial groups. This gap is identical to last year’s but smaller than in 2018 (14 points),” Gallup reported.

“The generally positive prediction for racial harmony among the public masks a sharp divide in the views of Black and White Americans. Currently, there is a 20-point gap between Black adults (40%) and White adults (60%) that a solution to racial discord in U.S. society is possible. This is the largest gap recorded in Gallup’s three-decade trend, and it is particularly striking given that it comes on the heels of a 10-point uptick in Black Americans’ optimism last year,” the report continued. 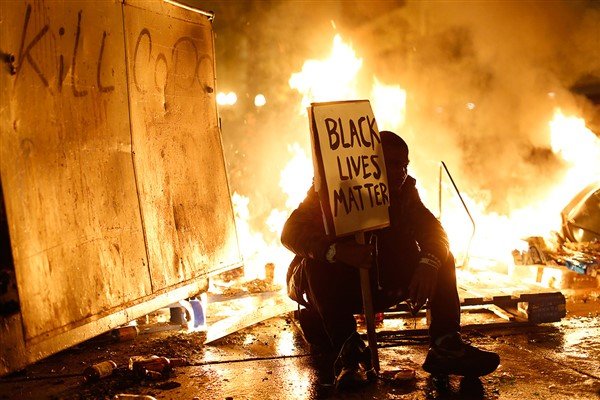