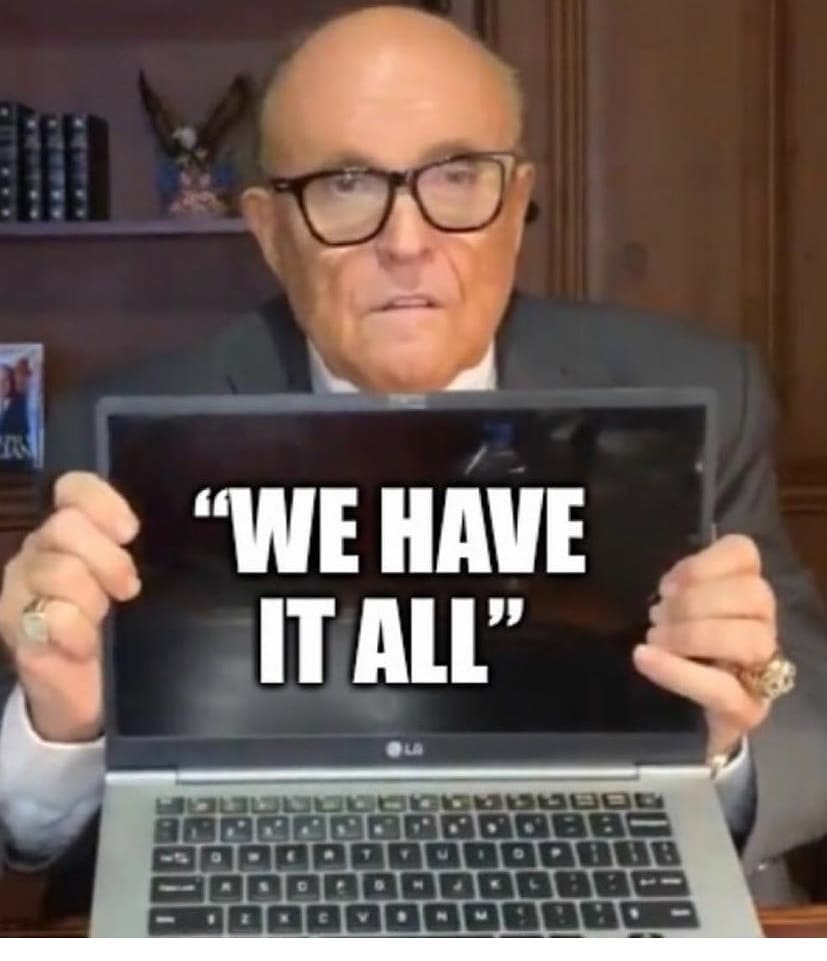 Look at Bannon’s face in the background lmao I love this dude.

• An internet poster linked to dissident living in U.S. wrote Sept. 25 about ‘videos and dossiers’ coming out that would damage Biden

• Giuliani is promising additional information 10 days before the election

She’s in the background of the photo with Rudy Giuliani, the Chinese whistleblower who spoke in the video about the hunger Biden laptop.

@GregRubini – “we have Joe Biden’s attorney ON TAPE saying that Osama Bin Laden was kept in Iran. in the tape: “Bin Laden is protected by us. we made a deal with him” “Hillary Clinton fingerprints are all over this” date: Jan 2011 Joe Biden attorney = Brian Ettinger”

How do you inform your target(s) [‘business partners’] what you have?

Why would H. Biden have such material on his laptop?

Why would H. Biden risk turning over such material to a computer repair shop? [contents unrestricted?]

On purpose [years of being treated poorly by ‘Pop’] or simple negligence?

If such information existed on laptop why wouldn’t contents be claimed?

Why wouldn’t H. Biden want to reclaim ‘knowing the contents on the drive could bury “Pops* & family.

Looks can be deceiving.

How China’s Xi Jinping destroyed religion and made himself God

Who is Michael Flynn?