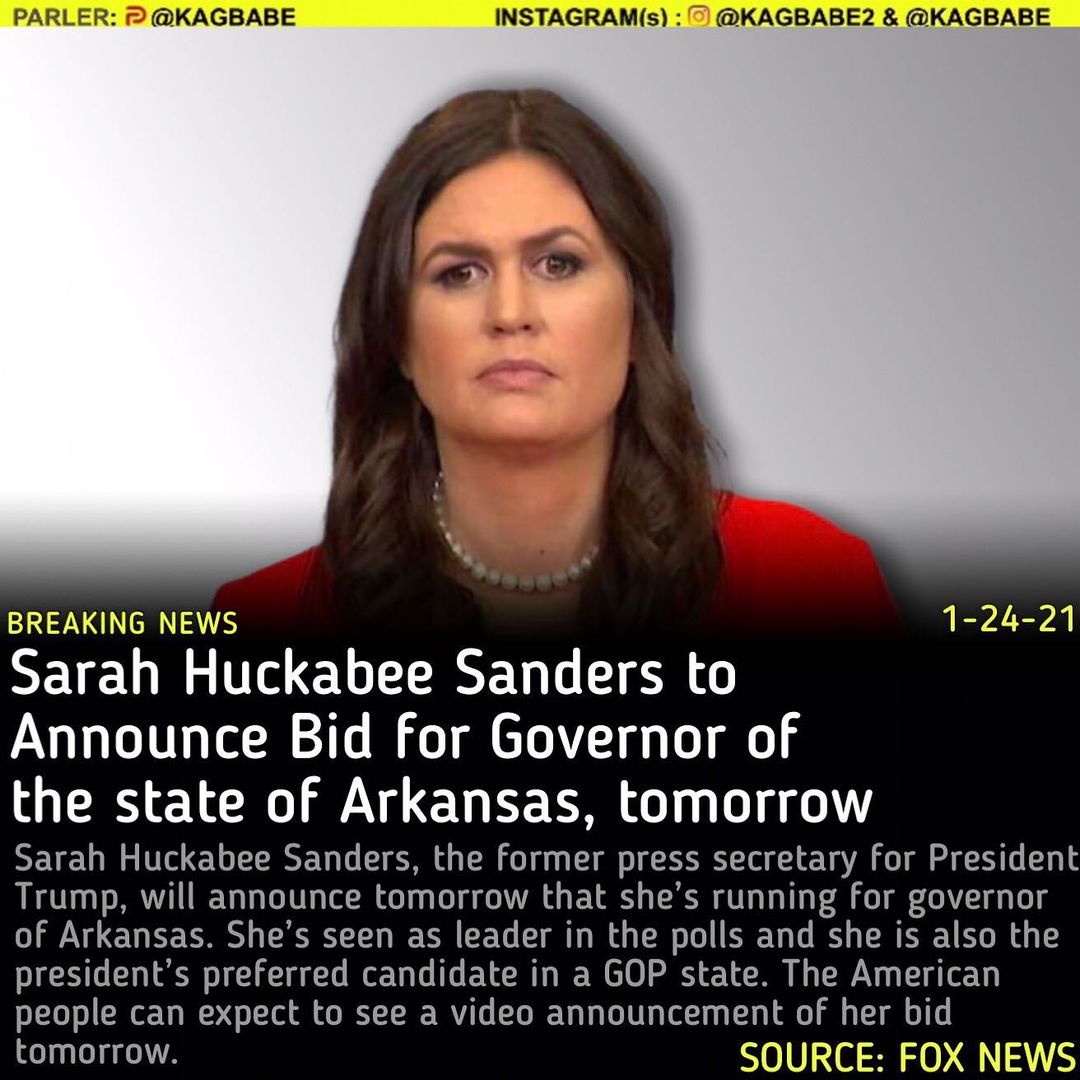 Sarah Huckabee Sanders, the former press secretary for President Trump, will announce tomorrow that she’s running for governor of Arkansas. She’s seen as leader in the polls and she is also the president’s preferred candidate in a GOP state. The American people can expect to see a video announcement of her bid tomorrow.

.@SecPompeo: Everybody who joined the Abraham Accords will see the benefits for

This lady will burn in hell someday!

Yea we already knew, but they can’t duck it anymore.