Going all the way back to 2003, Montgomery maintains, the U.S. government continuously targeted Joe Biden and Hunter Biden with electronic surveillance via THE HAMMER.

Montgomery, as a CIA contractor, worked for John Brennan and James Clapper.

Montgomery became a whistleblower upon seeing first hand how the Obama administration had turned THE HAMMER against America. Montgomery received two limited immunity agreements from the DOJ and the FBI in exchange for evidence production and testimony.

Montgomery originally designed and built THE HAMMER in 2003 as a foreign surveillance system to protect America after 9/11.

The Obama White House provided 1200 preloaded BlackBerry devices to trusted Obama team insiders, including Hunter Biden, according to Montgomery. Those 1200 BlackBerry phones were preloaded with a special digital ‘Rolodex.’

The 1200 BlackBerry devices were similar to the BlackBerrys used by Hillary Clinton and President Obama.

According to Montgomery, the Obama White House presented in 2009 a list of names of individuals who were specifically designated for exclusion from any and all surveillance by THE HAMMER. Joe Biden and Hunter Biden were on that ‘exclusion’ list, and were not supposed to be surveilled by THE HAMMER, says Montgomery.

Brennan and Clapper disregard the ‘exclusion’ list order and used THE HAMMER to spy on Hunter Biden and Joe Biden anyway, according to Montgomery.

BlackBerry devices communicated over a closed encrypted secure network known as PIN-to-PIN messaging that does not traverse the internet. The 1200  BlackBerry devices provided to Obama team insiders worked directly off of THE HAMMER.

Each of those 1200 White House-provided BlackBerry devices was set up with the capability to access THE HAMMER VAULT and the secrets it held, according to  Montgomery.

THE HAMMER VAULT is a secret data center repository where valuable illegally-collected surveillance data vacuumed up by THE HAMMER, including corporate and military intellectual property and U.S. defense secrets, were securely stored and made accessible only to Obama team insiders.

.Some of the sensitive information stored in THE HAMMER VAULT may have been subsequently passed to U.S. adversaries including Russia and China. The FBI and the DOJ are in receipt of that entire body of  evidence. 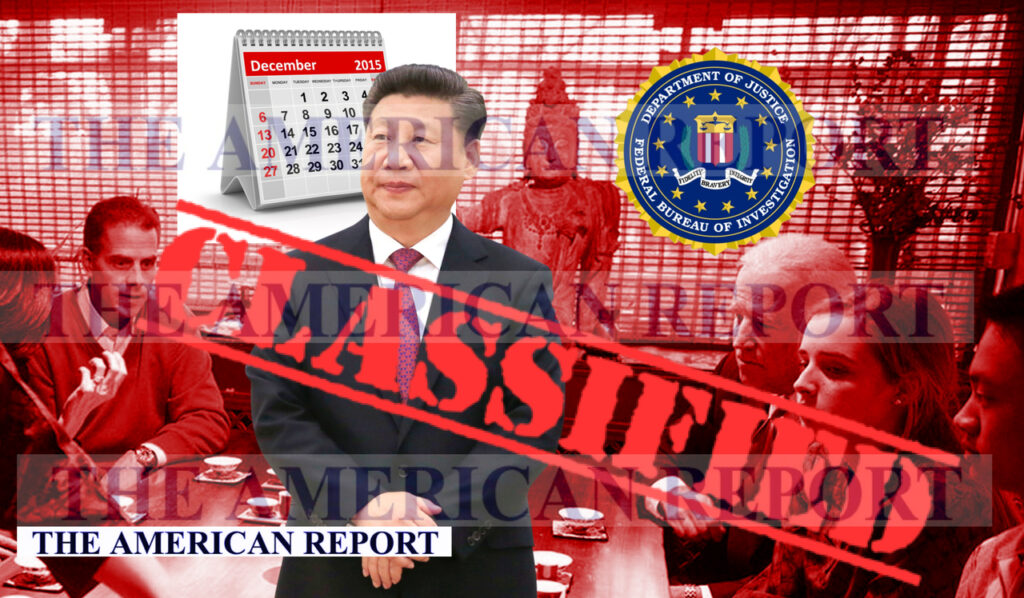 An explosive website details THE HAMMER’s intellectual property surveillance targets. The website lists thousands of American businesses, individuals, and organizations from which surveillance data was illegally harvested by THE HAMMER. THE HAMMER targeted a jaw-dropping number of U.S. military and intelligence officials. “

The illegally harvested data was used for the purpose of “blackmail and leverage” according to Montgomey.

“All Federal agencies were hacked and information collected on the agency, including the White House and their employees,” the website states.

The 600 million documents of illegally harvested documents when stacked one atop the other stood 30 miles high.

The FBI and DOJ knew what Hunter Biden and Joe Biden were doing. They had the proof. They buried that evidence that showed America was being redistributed and sold out to her adversaries.

LET THE SUNSHINE IN

China is our friend! Joe Biden has always assured us of that.

FEMA Executive Orders “Suspend The Constitution And The Bill Of Rights”

Obama Admits He Was Not Born In The U.S.