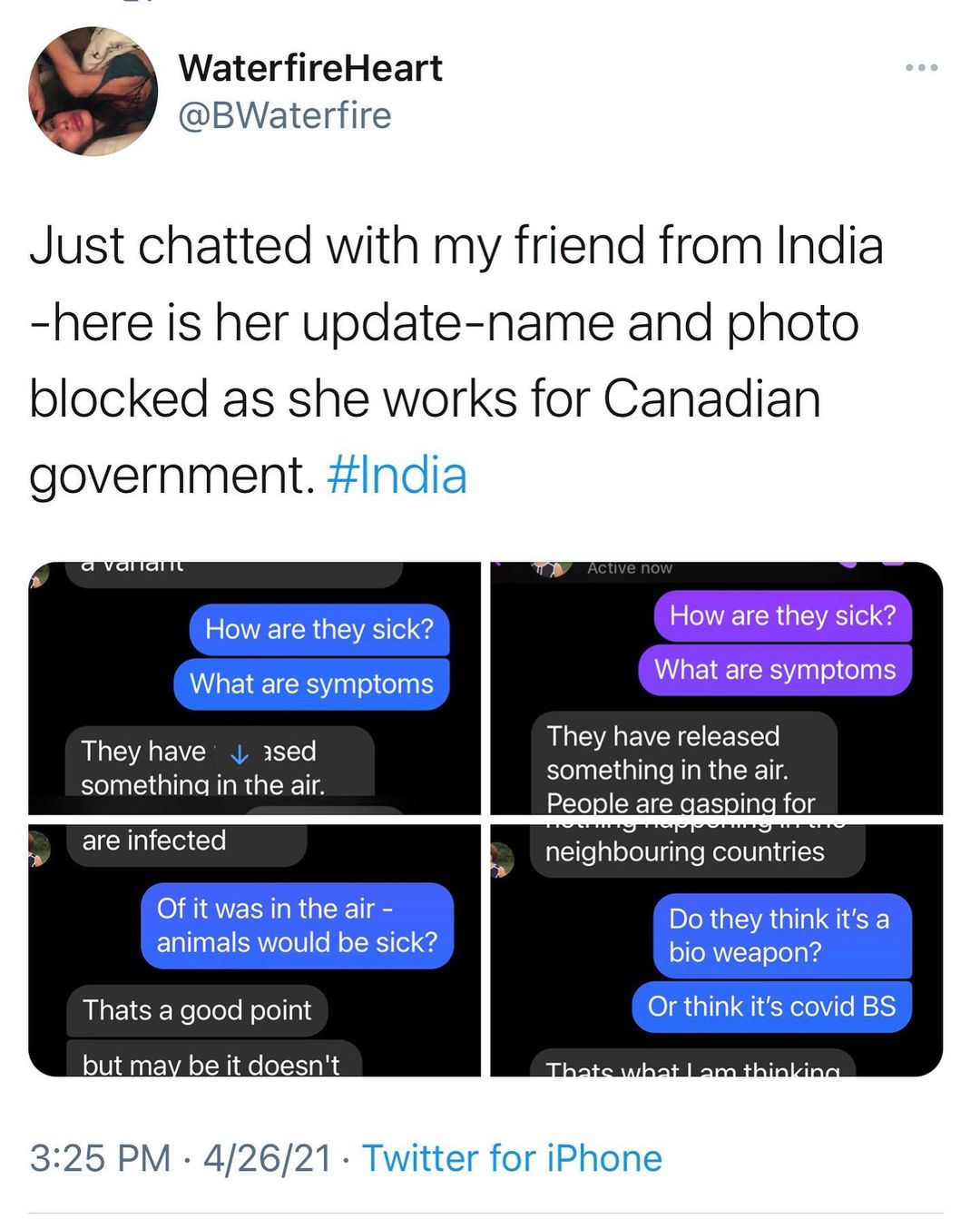 Something is happening in India and the world media is not covering it. Do any of you have relatives in India that are mentioning this ordeal? Remember when Trump went to India February 2020 and was met with a Super Bowl stadium sized group of supporters? India is an ally to President Trump. It appears that they are being attacked for that relationship. This by all accounts appears to be the release of a bio weapon or weaponized frequency through 5G. Not a lot of people are aware of the fact that China and India have been at odds for quite some time.

Many people are still blissfully unaware of the fact that this world is at war, simply because it’s not being aired on their favorite new station on the 6 o’clock news. This world is at war with a 10,000 year old death cult. Spiritual warfare is manifesting at an unprecedented pace. Biblical prophecy is being fulfilled at a historical rate. We all have the greatest weapon at our disposal, which is prayer. Please use it.

158: How must people be made aware of an alternate reality?

On my backup now

A few things I missed + some bm’s GOODNIGHT EVERYONE Slide 6: Slide 7: pe

Could his name be any closer to moloch for fvggs sake