The #GreenNewDeal, submitted by new US Congresswoman Alexandria Ocasio-Cortez, is more like a green fantasy wish-list than a political bill. This so-called Green New Deal, promotes a broad, utopian-like future where magically everyone gets all their energy from non-polluting sources, everyone has a high-paying job with paid vacation, everyone has high-quality health care and everyone has retirement security. Not surprisingly, it does not spell out how the USG (#UnitedStates Government) and its taxpayers are supposed to pay for all this. Even the name “Green New Deal” contains the phrase “New Deal” which refers to the sweeping socialistic changes to US law and society made in the 1930s by then US #PresidentRoosevelt, which included starting the #SocialSecurityAdministration, confiscating the gold of #Americans and substantially expanding the power and jurisdiction of the Federal Government.

Ocasio-Cortez is just a naive poster woman for a sinister agenda about which she is ultimately clueless. She has been given an undue and exorbitant amount of media attention for a freshman congresswoman (just 1 congresswoman out of 435), not because she’s intelligent or unique, but because the people really pushing this agenda own the MSM and can dictate what the public focus on. The truth is that the Green New Deal is just another incarnation of a far-reaching plan to bring about a #OneWorldGovernment via the UN (#UnitedNations) #Agenda2030 (formerly #Agenda21). This #GlobalGovernance as they like to call it is planned to be a worldwide totalitarian socialist dictatorship; there is nothing utopian about it. Below are 5 ways in which the Green New Deal very closely mimics the wording, aims and targets of Agenda 2030.

Similarity #1: Green New Deal Aims at Changes Being Done by 2030

Agenda 21 was replaced by Agenda 2030, so-called because it contained a list of 17 goals and 169 targets that were to be achieved by the year 2030. Interestingly enough, the Green New Deal also aims at achieving its objectives by this date.
Repost @freedom_faction

U.S. President Donald Trump’s nominee for a senior Pentagon is expected to face … 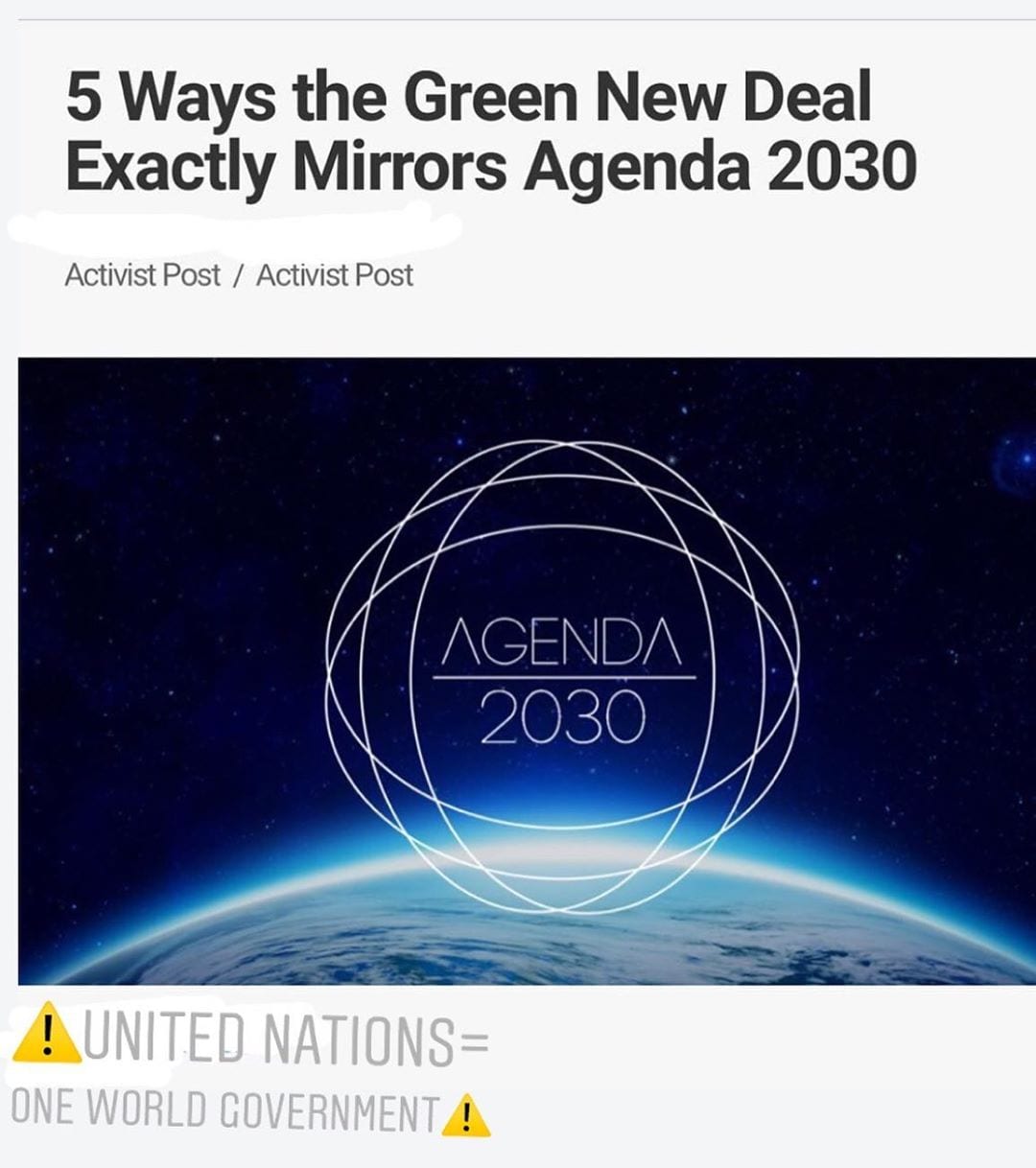