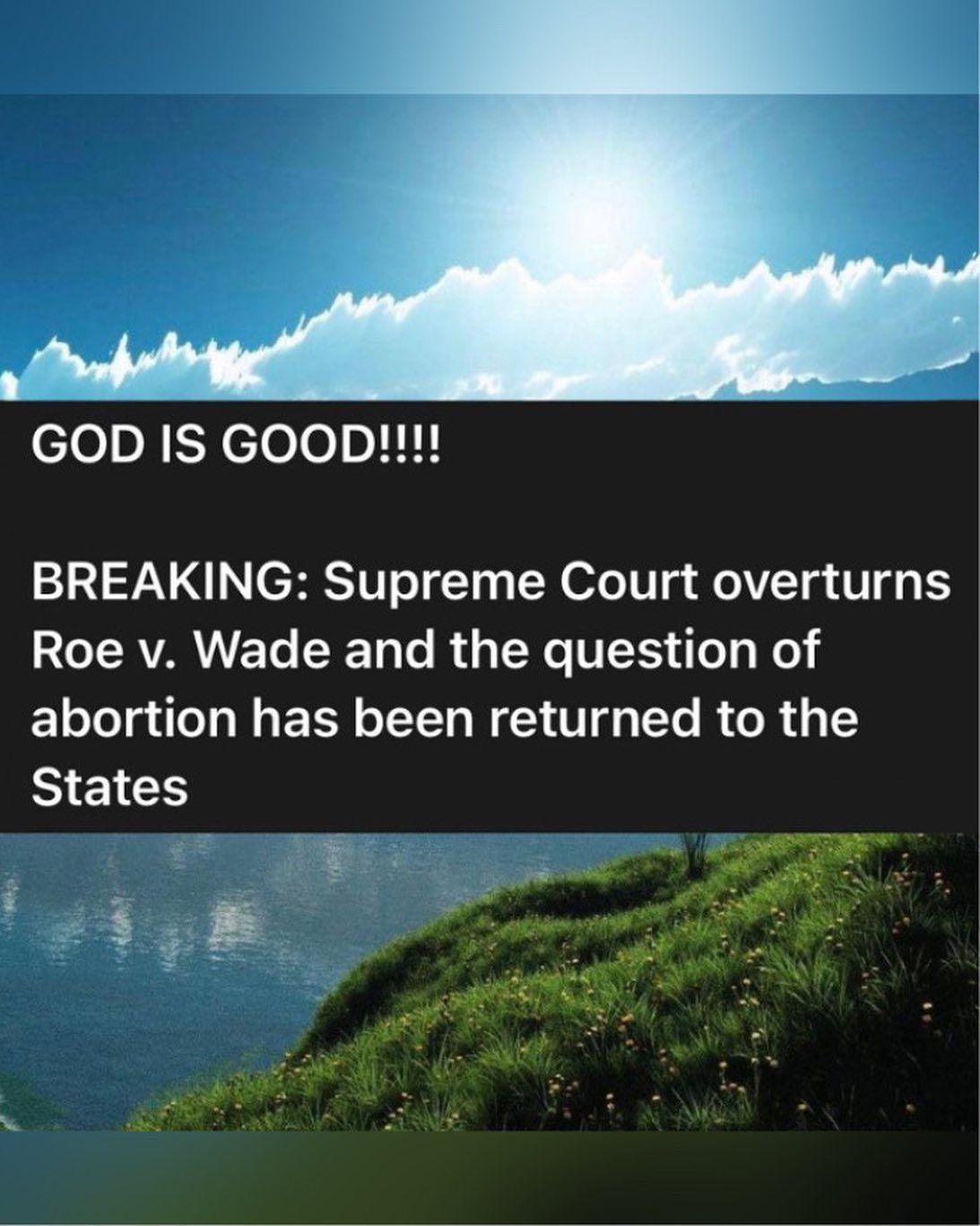 The Supreme Court in a 6-3 decision on Friday overturned Roe v. Wade, the landmark ruling that established the constitutional right to abortion in the U.S. in 1973.

The court’s controversial but expected ruling gives individual states the power to set their own abortion laws without concern of running afoul of Roe, which for nearly half a century had permitted abortions during the first two trimesters of pregnancy.

@ganachedk Could very well be – point is; anons examine everyone and everything