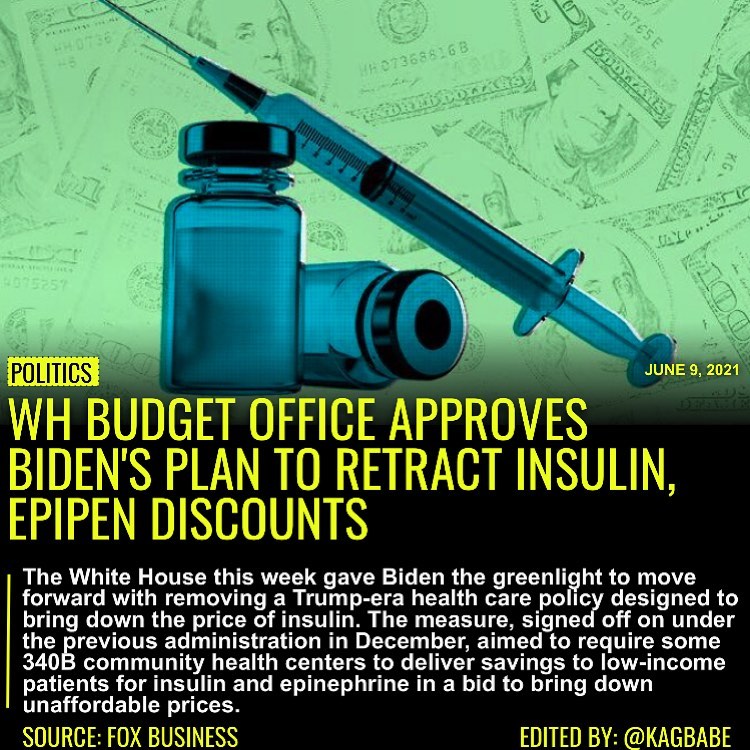 The White House this week gave President Biden the greenlight to move forward with removing a Trump-era health care policy designed to bring down the price of insulin.

Biden’s bid to retract the rule was approved on Monday, as reported by Politico, with the expectation that the Department of Health and Human Services could publish the retraction within the coming days.

The measure, signed off on under the previous administration in December, aimed to require some 340B community health centers to deliver savings to low-income patients for insulin and epinephrine in a bid to bring down unaffordable prices.

Spokespeople for the White House and the Department of Health and Human Services did not return FOX Business’ request for comment.

The rule was scheduled to go into effect in January but was frozen at that time.

Earlier this year, the National Association of Health Care Centers said the rule would “adversely impact Community Health Centers” and make it harder for low-income patients to afford the medications.

President Donald Trump focused on lowering the price of drugs during his tenure.

2 Corinthians 4:16 Therefore we do not lose heart.. For our light & MOMENTARY tr

Same shit from 2016, I need to find all those fake ass polls to put all together