It is the dog days of summer, and so we might as well talk about one of the dogs. I have in mind Ghislaine Maxwell, who is accused of all manner of horrendous crimes committed with young girls whom she allegedly trained to be sex slaves for the vile Jeffrey Epstein who is often called a “billionaire.”

Incidentally, I would bet he made his millions — somewhat less than billions — by blackmailing his wealthy friends after catching them in the act with the young girls he provided them. It is rumored that he had his various habitats installed with hidden cameras and filming equipment. I doubt the equipment was used to detect burglars much less the birdlife around his estates. He used the hidden cameras to detect the wealthy, an occasional prince, a vagrant former president or a politician in flagrante. We shall find out eventually. As you have no doubt seen, the season of discovery is at hand.

At any rate, the Bureau of Prisons has said no to Miss Maxwell’s request to be removed from the Metropolitan Detention Center in Brooklyn, where she now resides, to a more comfortable residence, say, the Hilton down the street or a Ritz Carlton. She prefers those places apparently. Epstein committed suicide a year ago in the Manhattan Correctional Center in Lower Manhattan and allegedly Miss Maxwell now fears for her own life. What I am wondering is why on Earth she turned up in America after being on the run from American authorities for months. Why could she not take her millions and buy a swank, if secluded, place in the Caribbean, or say Wuhan, China, or North Korea?

Instead, she bought a remote mansion in New Hampshire amid the forested hills of a 156-acre estate and waited. Waited for what? My guess is that in the hills of New Hampshire she stuck out like a … well, like a British socialite in the American wilds. Which she was. What does that tell you about British high society? Stay away from the punch bowl.

How long did she expect to stay in New Hampshire undisturbed by the authorities, especially after she laid down more than a million big ones in a cash-only deal? Miss Maxwell, as an instructor in the carnal arts you might be adept. As a fugitive from justice you are a rank amateur. What were you doing out there in the poison ivy and the chiggers? Why did you not stay as far away from America as was possible?

I have heard several learned reasons why this wretched woman might return to the scene of her crimes. The first is that she sought attention and was not getting it on the English countryside or in Mayfair or wherever she was holed up. Now I can understand that you might be leery of this reason for Miss Maxwell’s return to America. There are various kinds of attention. None of them would suit a normal person, but Miss Maxwell is hardly a normal person.

She has spent much of her life as Jeffrey Epstein’s close personal associate. At other times she was close to Britain’s Prince Andrew. And she was also, do I say, a confidante, to Bill Clinton. I suppose it could be worse. I suppose she could be close to Hillary Clinton. Let us just say Miss Maxwell is not normal, and she misses Epstein’s company and the company he kept.

At any rate, she now has plenty of attention. There are guards watching her day and night. Some even probably strike up a conversation with her. I can imagine a guard asking her if she slept well last night. Or possibly if she expects to sleep well tonight. Or if there are rats in her mattress. At any rate, she has her attention.

Another reason she might have returned to America was to turn herself in. Spending the rest of one’s life on the lam could be nerve-wracking. Every knock at the front door could be startling. And the necessities of life are more expensive for a person on the lam. We are told that retired British military officers were in attendance with her on her estate. Where did they disappear to? When the FBI nabbed her, she was supposedly alone. Where did the Brits disappear to?

There is still a lot about Ghislaine Maxwell we do not know. If you suspect that the Democratic convention manque is going to be boring I suggest you get up to speed on Miss Maxwell’s legal case. She is unlikely to bore you. She might disgust you, but she will not bore you. Moreover, when she is sentenced the fathers and mothers of America will rejoice.

• R. Emmett Tyrrell Jr. is founder and editor in chief of The American Spectator. He is the author most recently of “The Death of Liberalism,” published by Thomas Nelson Inc.

Wait to you see this then. – Laura Bush Virtue Signaling 9-11

You hear anything about the Vatican? Lots of people posting that there is a blackout.

Crazy how all these breakthroughs are just coming nonstop all of a sudden. #theg… 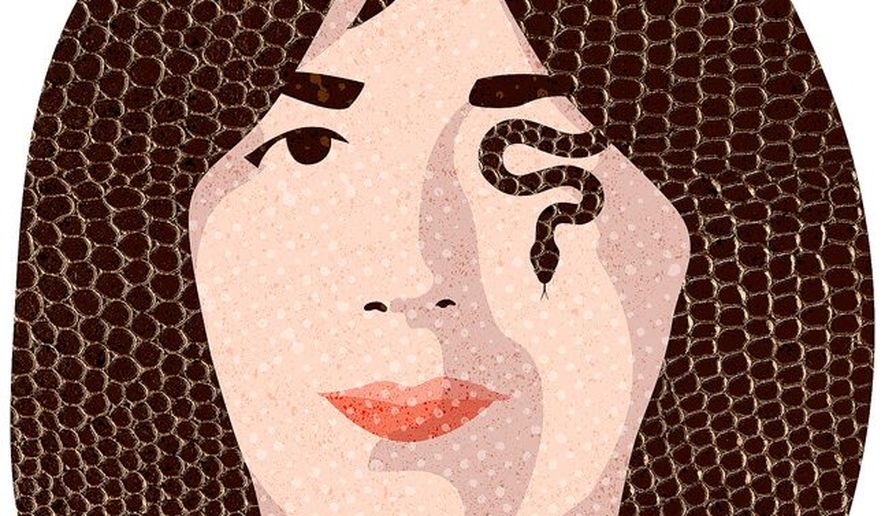