* Q knew Roger’s meeting with Durham
* Trump is retweeting Q hashtags but
has said nothing.

Getting hard to deny…

@SayWhenLA
Mob Prosecutor Durham NOT appointed by AG Barr folks. Durham served as interim U.S. Attorney since Oct 28, 2017, after SESSIONS appointed him. Same exact freaking day Q began posting. Do you smell it? That smell, a kind of smelly smell. The smelly smell that smells….like
a plan.
7:44 PM – 12/22/19 – Twitter for Android

John H. Durham, 67, of Groton, was sworn in
today as the presidentially appointed United States
Attorney for the District of Connecticut by Chief
U.S. District Judge Janet C. Hall in New Haven.

Mr. Durham has served as the interim U.S.
Attorney since October 28, 2017, after U.S.
Attorney General Jeff Sessions signed an order
appointing him to the position. President Donald
Trump nominated Mr. Durham to serve as U.S.
Attorney on November 1, 2017, and the U.S.
Senate confirmed his nomination on February 16,
2018.

“I am very honored to serve as Connecticut’s U.S.
Attorney and deeply appreciative of all who have
supported my nomination,” said U.S. Attorney
Durham. “I look forward to continuing to work
with the dedicated and skilled people in our office
and the brave men and women of our partner law
enforcement agencies in the cause of justice for
the people of our state and nation.”

What Will the Future Hold? – People like myself who engage in speculative commentary are fascinated with the future. 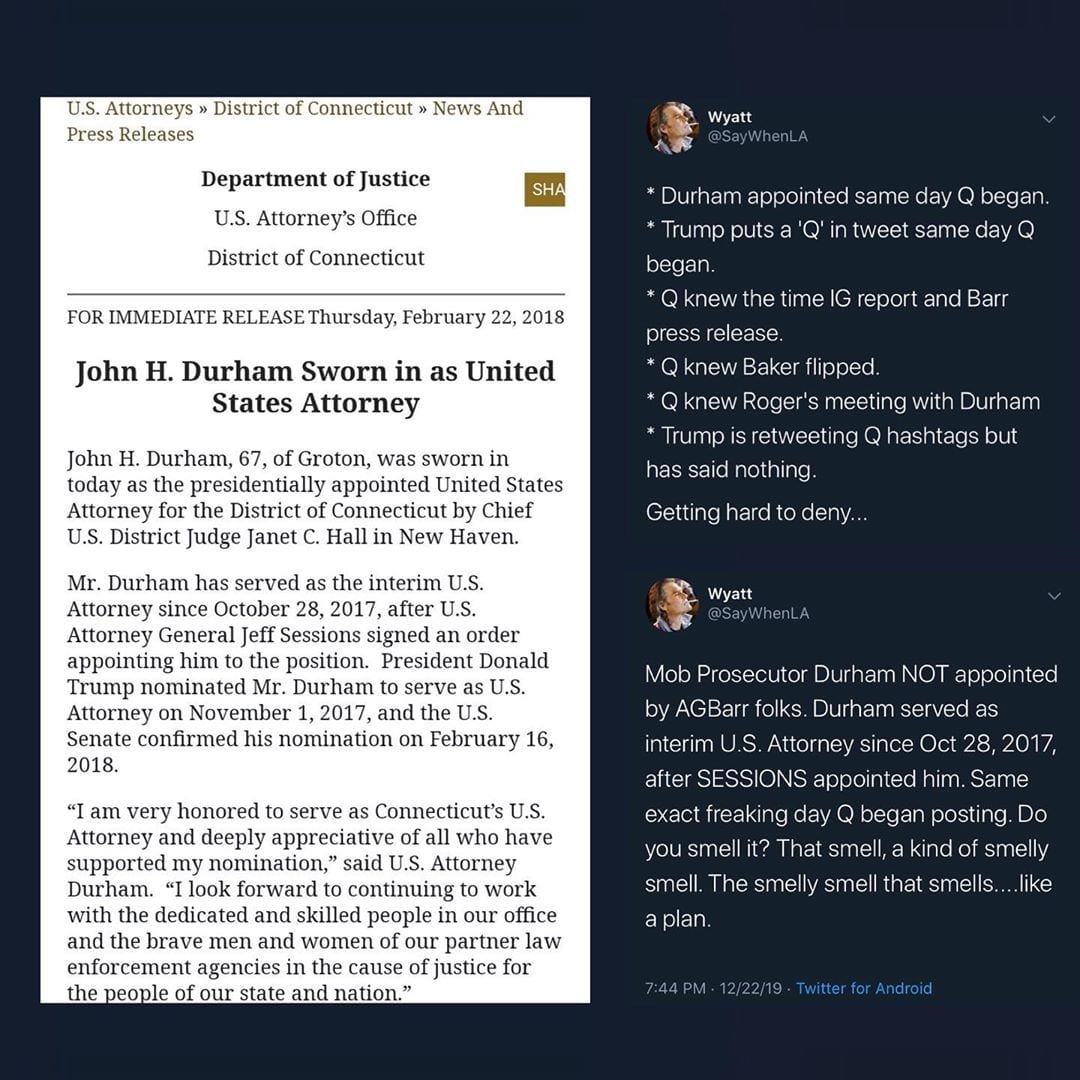