NATO countries and other global allies are now looking to shore up tiny Moldova’s resources amid renewed fears of future Russian aggression and energy supply cuts against it.

Around 45 countries and international institutions have met in Paris to discuss assistance to the ‘NATO-friendly’ country, which is neither an EU nor a NATO member. The countries reportedly pledged millions of Euros in new aid to Moldova amid fears of destabilization due to the war in neighboring Ukraine.

Moldova’s breakaway region of Transnistria is also seen as a potential flashpoint, and early in the invasion of Ukraine there was constant speculation that the Kremlin was eyeing an incursion into Moldova next. Currently Russia has what it calls “peacekeeping” troops in contested Transnistria.

A French diplomat told reporters following the Paris meeting of donor countries, “Moldova is directly impacted because it’s dependent on Russian energy supplies and is a country which has a part of its territory controlled by Russian soldiers so it’s especially vulnerable.”

Additionally Al Jazeera noted that the country is “facing more difficulties with winter arriving and Moscow cutting natural gas supplies by about 40 percent, hurting its ability to supply enough electricity to its population.”

Despite itself having a population of just over 2.5 million, it has thus far throughout the Ukraine war received about an equal amount, or 2.5 million refugee Ukrainians into its territory.

Moldovan President Maia Sandu told delegates in a speech to the forum, “This war is endangering the supply of electricity and gas. We are not certain we can find enough… to heat and light our homes, and even if we do, the prices are unaffordable for our people and economy. This could jeopardize our social peace and security.”

Meanwhile, among leading European countries to pledge a significant amount was France, which hosted the meeting on Moldova, with French President Emmanuel Macron unveiling a new aid package worth 100 million euros.

He specified that it is needed to help the country weather the energy crisis while maintaining its independence particularly amid the harsh winter months.

Alex Jones responds to Elon Musk stating that he will not reinstate Alex to Twitter.

The mother of eight children in Xuzhou shows the CCP government’s hypocrisy and incompetence.（I） – GNEWS 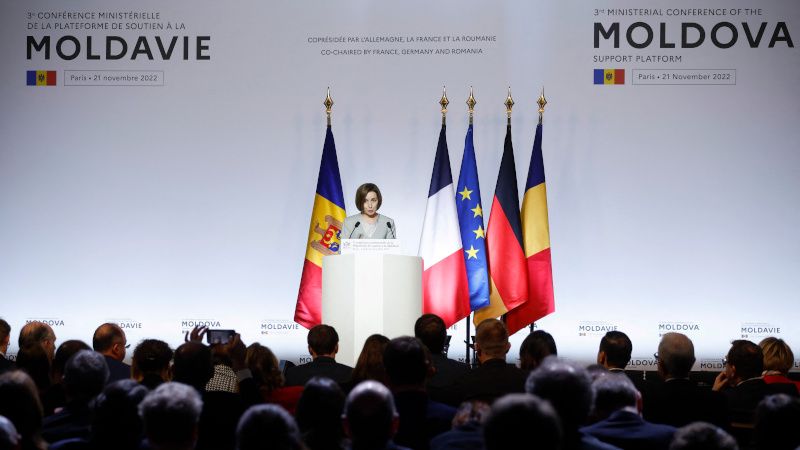