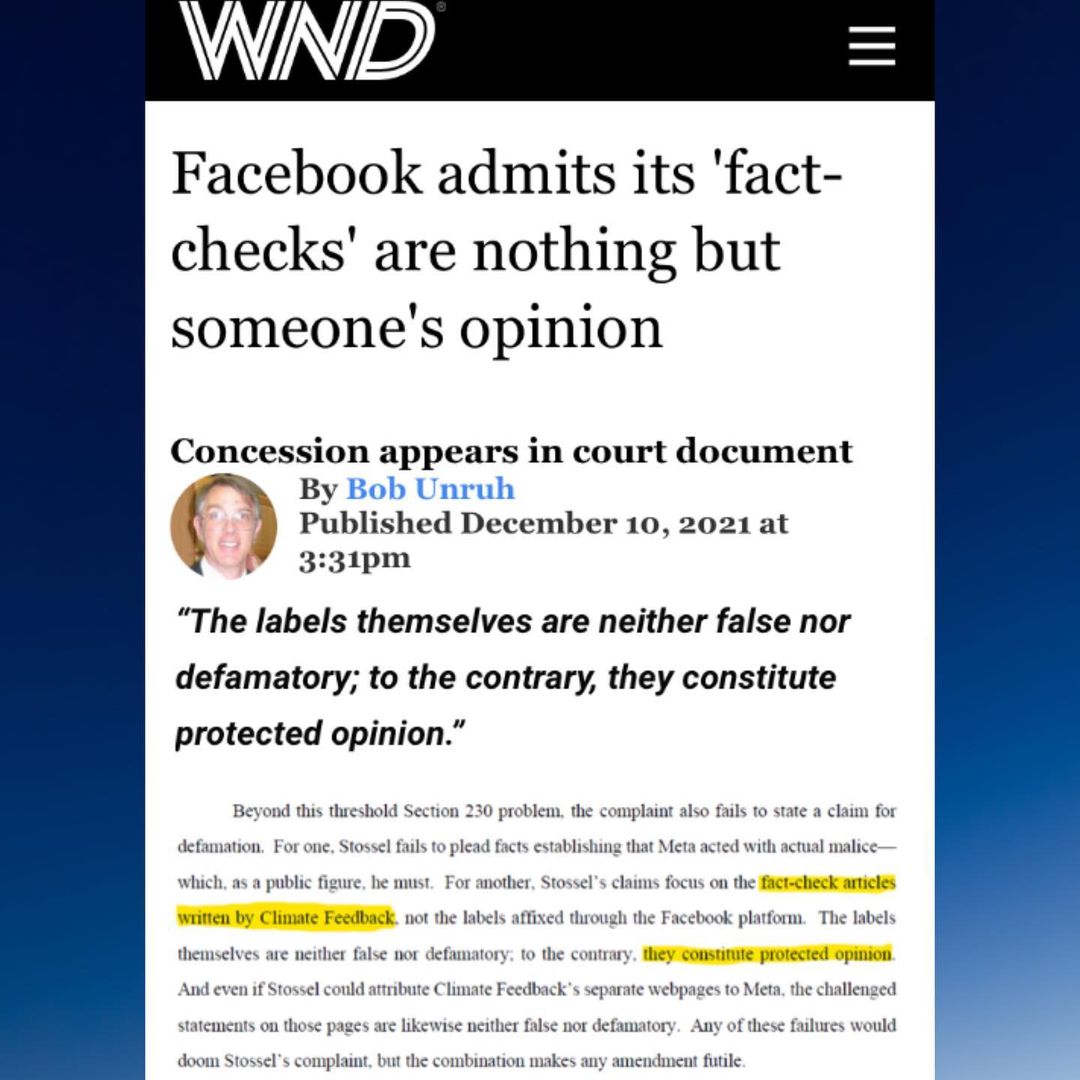 Remember when John Stossel sued Facebook (Meta) for defamation concerning his post(s) reg. what caused the California forest fires?
Now get this: Facebook (Meta) now claims (at court) they can’t be sued for defamation since their “fact checks” are nothing but “protected opinion”.
Is The Hollywood Reporter covering the defamation lawsuit?
Axios also reported on DEC 09 of two men, a father and his son, being accused of “reckless arson” causing the 15th biggest wild fire ever recorded in California.
Fact check that, b*tches 🥃🚬

More Election Manipulation: “70 percent of ballots are sent to be reviewed by elections officials”

I’ve never seen so many tweets from him in a short period of time. Panic.

Meghan Markle could be called as witness in Prince Andrew’s sex case trial: Virginia Roberts’ New York lawyer says Duchess ‘will certainly have some knowledge and is somebody who we can count on to tell the truth’

Charles Flynn responded too me yesterday & called me crazy pretty much. I talk shit to all the we the media accounts I have been since summer. They like 2 keep Patriots still & content instead of action. They change their story every time their wrong. MSM style coordinated attack