Hello, welcome to the G-Times News from Canada Sailing Farm.

On May 10th in a livestream, Miles Guo revealed why Putin left the 2022 Russian Victory Day Parade early.

He said according to his intelligence, Putin received secrete reports during the ceremony saying there would be a protest involving 700, 000 to 1.2 million people which might turn into a riot. In addition, multiple attempts have been made to locate him on site from various directions. These reports made him worry and his daughter suggested him to leave the parade early.

Miles Guo pointed out that Putin leaving the parade early shows the world that Putin is in fact a coward, a political clown, an opportunist and an incompetent villain who’s greedy in life and fears death.

Thank you for watching G-Times News and see you next time!

Disclaimer: This article only represents the author’s view. Gnews is not responsible for any legal risks.

Mast Rips Biden, Harris for Memorial Day Tweets — They See Us as ‘Pawns’

Steve Bannon Goes On a Tear! “Wisconsin Will Be the Easiest to Prove 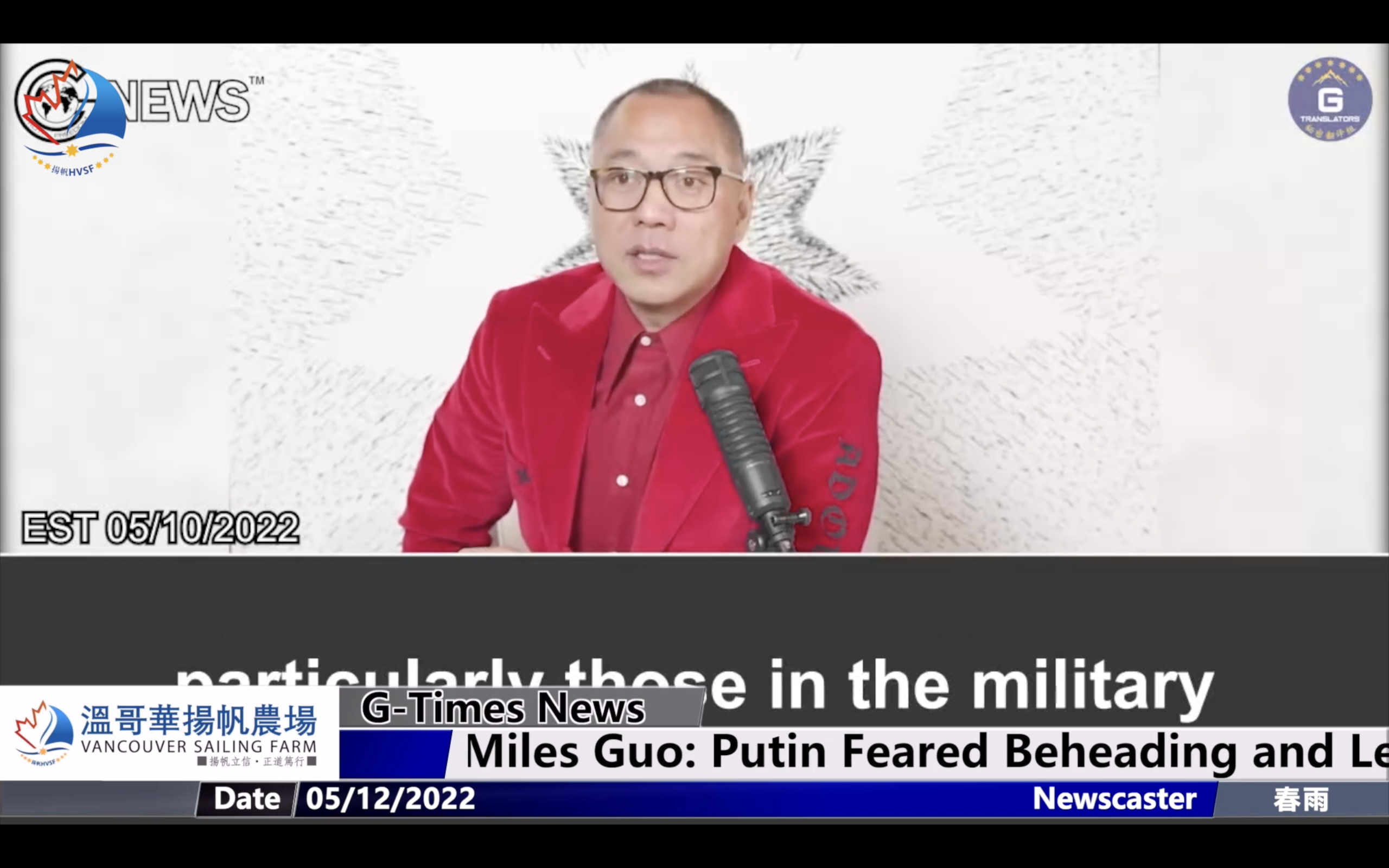